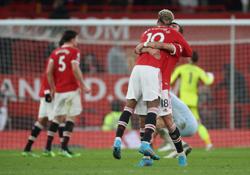 Hammers midfielder Soucek struck in the fifth minute, guiding a deft glancing header from Pablo Fornals's corner past Robert Sanchez to give his side the lead as Brighton got off to a nightmare start.

Seagulls boss Graham Potter was forced to make two changes before halftime as Jeremy Sarmiento and Adam Webster both picked up injuries and had to be replaced by Solly March and Shane Duffy.

Despite having to reshuffle their pack, Brighton came storming back and Jakob Moder should have put them level after he was teed up by Maupay just before the break, but he fired his effort into the legs of Lukasz Fabianski.

The visitors opened the second half with two more good chances for March and Lewis Dunk before West Ham had another goal from a corner ruled out for offside after a lengthy VAR review.

With West Ham looking to hit on the counter-attack, Brighton keeper Robert Sanchez pulled off a brace of superb saves to keep his side in it, with one full-length diving effort to deny Declan Rice bringing roars of approval from the travelling fans.

Brighton continued to dominate possession but struggled to convert their slick passing into goal-scoring chances until Maupay threw himself into the air to fire home Tariq Lamptey's cross from the right in the 89th minute and snatch a point.

"There's a really good spirit in the team, in the group, in the club, we'll fight to the end... in the end it's a fantastic point for us," Potter said in an interview with the club's YouTube channel.

The draw stretches Brighton's streak to nine league games without a win and leaves them seventh in the table on 19 points, while West Ham remain fourth on 24 points.

"We were disappointed (to concede a late goal) but probably a draw was a fair result. Brighton played well but we did half-miss some opportunities on a night when the decisions didn't go for us," West Ham manager David Moyes told the BBC.

"We gave the ball away regularly which is not what we are used to. All credit to Brighton, we didn't take our opportunities to go two ahead," he added.

(Reporting by Philip O'ConnorEditing by Toby Davis and Clare Fallon) 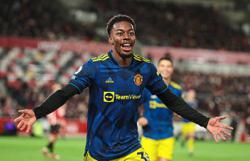