KYIV: Ukraine has agreed to modify the design of its national team kit to cover up the slogan “glory to the heroes” after it was banned by UEFA, the head of the Ukrainian football association said.

The unveiling of Ukraine’s team jersey for this month’s Euros tournament sparked outrage in Russia, which objected to an outline map of Ukraine that includes Russia-annexed Crimea.

European football’s governing body UEFA told Ukraine on Thursday it could keep the outline map on the front of the shirt. But it said it must remove the phrase “Glory to the heroes” from inside the shirt because, as a military greeting, it has “historical and military” connotations.

“Negotiations with UEFA on a new design for the national team of Ukraine have ended. They were extremely difficult, several times literally they went into a dead end, ” Pavelko wrote on Facebook after flying to Rome for talks.

“But we still managed to reach a victorious compromise with UEFA!”

He told the Ukraine 24 TV channel that the new design would completely cover the banned slogan.

A UEFA spokesperson did not immediately respond to a request for comment.

The US and British embassies in Kyiv showed solidarity with Ukraine over the new shirt by wearing it in photographs posted on Facebook. — Reuters

Back again, Holland aim to make up for lost time 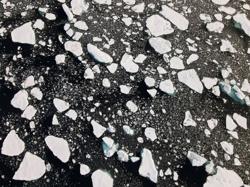