PETALING JAYA: Brazilian striker Guilherme De Paula is ready to let bygones be bygones. And by putting an unstable past behind him, he can now focus on what he does best - playing the beautiful game and scoring lots of goals.

The 34-year-old De Paula, who became a naturalised player for Malaysia earlier this year, signed for Johor Darul Ta’zim (JDT) last week after a troubled season with Perak, who were affected by players’ salary issues.

Some Seladang fans even questioned his commitment to the team, leaving him with no choice but to move on.

“It’s an honour to be a part of Harimau Malaya. Since I moved here, it’s been my target to play for Malaysia one day, ” enthused De Paula, who has also featured for Selangor, Police and Kuala Lumpur.

“We, the players, staff and fans, all have the same vision - to qualify for the Asian Cup and get to the next stage of the World Cup qualifiers.”

Playing for the country’s best club, JDT, will also stand him in good stead to accomplish his international goals.

As for his trying times with Perak, De Paula would rather treasure the fond memories than delve into the thorny issues.

“I rather remember the good times I had.

“The recent issues plaguing the management have impacted many in the team. I sincerely hope they can be resolved soon as the players and staff are suffering, especially during this pandemic.”

De Paula, who still managed to score four goals for Perak, faces stiff competition in the national team to be the main striker. 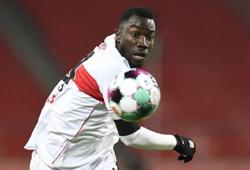