PETALING JAYA: If there is one man who can truly change a game, it is Pahang’s Nor Azam Azih.

Even though the Elephants are in the bottom half of the table in ninth with five points, the fleet-footed deep-lying playmaker has been a revelation as he has scored three goals and provided two assists in seven matches.

So, it is no surprise that Kuala Lumpur coach Bojan Hodak has reminded his boys not to give Azam, a key player in the national team, any space when they face Pahang in the Super League at the Cheras Football Stadium today.

Kuala Lumpur are sixth in the table with nine points and Hodak knows that if they want to win the game, they have to nullify Azam’s influence.

“He is one of the best midfielders in Malaysia. I like him. We should not give him any space, he is dangerous.

“Pahang are a tough side, but this year, they have started slow, ” said Bojan.

He also picked Lee Tuck and Ukrainian striker Yevhen Bokhashvili, who played for PSS Sleman in Indonesia, as players to watch.

“Tuck is a player who has the energy to run for three games straight while Yevhen is a good player too and will be a threat.”

Hodak hopes that his main striker Dominique Da Sylva will return to action after missing the last two games against Sabah and PJ City due to a hamstring injury.

“In the last match, we played well in the second half and were leading 2-1 against PJ City, but it got tough when our player got sent off. If Dominique was there, the outcome could have been different, ” said Hodak.

“He is our top scorer for a reason (Da Sylva has scored three goals in five games), and we hope he comes back against Pahang.

With fans allowed into stadiums, Hodak hopes their presence will lead his team to a victory tonight.

“Now that the fans are back, I can see that players have an extra spring in their step, ” he said.

“We want to repay the fans’ love and faith with steady progress and consistent performances in the weeks to come.” 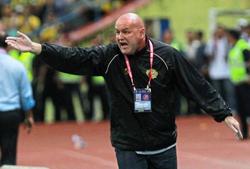 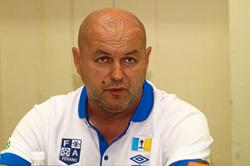