New adventure: Rabih Ataya (right) wants to carry on his successful outing with UiTM when he dons Kedah colours next season.

PETALING JAYA: Kedah wasted no time in swooping up Lebanese international Rabih Ataya to beef up their team. The Red Eagles have been impressed with the UiTM player’s strong performance in the Super League, especially his technical ability and intelligence with the ball.

The 31-year-old played for Lebanese clubs Tadamon Sour, Ansar, Ahed and Iranian club Zob Ahan in the past.

Kedah coach Aidil Sharin, whose contract was extended for another two years, said Rabih had proven himself in the league.

But it took some time for Rabih to sign up for Kedah as he had received offers from other clubs too. But he is glad he picked Kedah.

“It did not happen out of thin air. After reviewing all the teams, I chose Kedah because they are a popular club in Malaysia and also one of the biggest teams in the country. I like their style of football, ” said the right winger.

“The team have distinguished local and foreign players, and this also attracted me to the team. As for the coach (Aidil), I respect him on a personal level. I think he is one of the best coaches in Malaysia.

“I hope to win the league title and the Cup competitions with Kedah. Also, we must give a good account of ourselves in the AFC Cup.

“For me, anything and everything is possible in football. We just have to work towards it.”

Rabih said his season with UiTM had been good as the team finished sixth in the Super League.

“Everyone talked about us, and for me, it was an excellent first season in Malaysian football.

“We performed well and defied the odds.

“Football in Malaysia is advanced. It is fast, and physical too. All of the teams have their own style of football.” 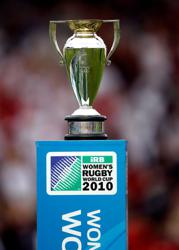