A rising Red Star for Malaysia is shining in Belgrade

PETALING JAYA: A decision to be with his father who settled down in Belgrade is paying dividends for young Malaysian Omar Raiyan Kama Azlan (pic).

The 15-year-old, who accompanied his father Kama Azlan Muhammad to the Serbian capital, is beginning to make his presence felt in FK Crvena Zvezda, formerly known as Red Star Belgrade.

A player who used to play as a winger and playmaker, Omar switched to leftback and, at just 15, is already training with the Serbian Super Liga’s Under-17 side. He has now been switched back to midfield where he is most comfortable.

The former Al Khubairat British School student in the United Arab Emirates (UAE), where his mother and sister are based, decided to join his father when Azlan wanted to set up his business in Belgrade last year.

“When I first arrived, it was quite intimidating with all these excellent facilities and physically bigger players. Instantly, I knew it was a professional European club with high standards and goals,” he said.

“When I switched positions, I took some time to adapt, but it was a challenge I was willing to take. Now, I am back to my usual position as a central midfielder.

“My life in Belgrade has been excellent. The team and coaches have been good to me for which I am grateful. I must work hard to make sure that I can add value to the side and not be a burden.”

Omar decided to move to Belgrade with his father as he felt his football could benefit with consistent European exposure.

He had competed and represented his previous school in the UAE in international competitions, including twice in the annual COBIS (Council of British International Schools) three-day tournament held in Sheffield, featuring swimming, athletics and football.

“I was appointed as team captain of my school in my second year, and the school won the COBIS trophy three years in a row.

“I also competed in the Mediterranean International Cup and IberCup in Spain last year. We won the group stage in the first and became the champions in the IberCup.

“Two years ago, I also competed in the Gothia Cup in Sweden, and my team were placed in the top 32 in the Plate Cup. More than 200 teams all over the world competed.”

He said his parents had been the pillars in his life, not only in football but also in being a well rounded, balanced and a happy human being.

“I hope to make the most of this exposure to develop myself into a footballer they can be proud of. I understand it is a difficult journey and very challenging, and I do not know what lies ahead for me.

“But I am confident that I love this beautiful game. I do not feel a burden despite the hard training, long hours and the fierce competition from the bigger and stronger boys.” 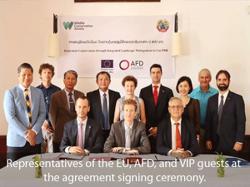