PETALING JAYA: The emergence of young talents from Terengganu in the pre-season has got many of their fans excited.

The Turtles, who in the past had top-quality talents like leftback Rosdi Talib, goalkeeper Syamsuri Mustafa, strikers Ashaari Shamsudin and Abdul Hadi Yahya and midfielders Zairo Anuar Zalani and Ismail Faruqi, are beginning to unearth lots of new talent and many are expected to feature in the Super League.

In all their friendlies, these players have shown that they are capable of absorbing coach Nafuzi Zain’s philosophy and tactics, and kept fans at the edge of their seats. 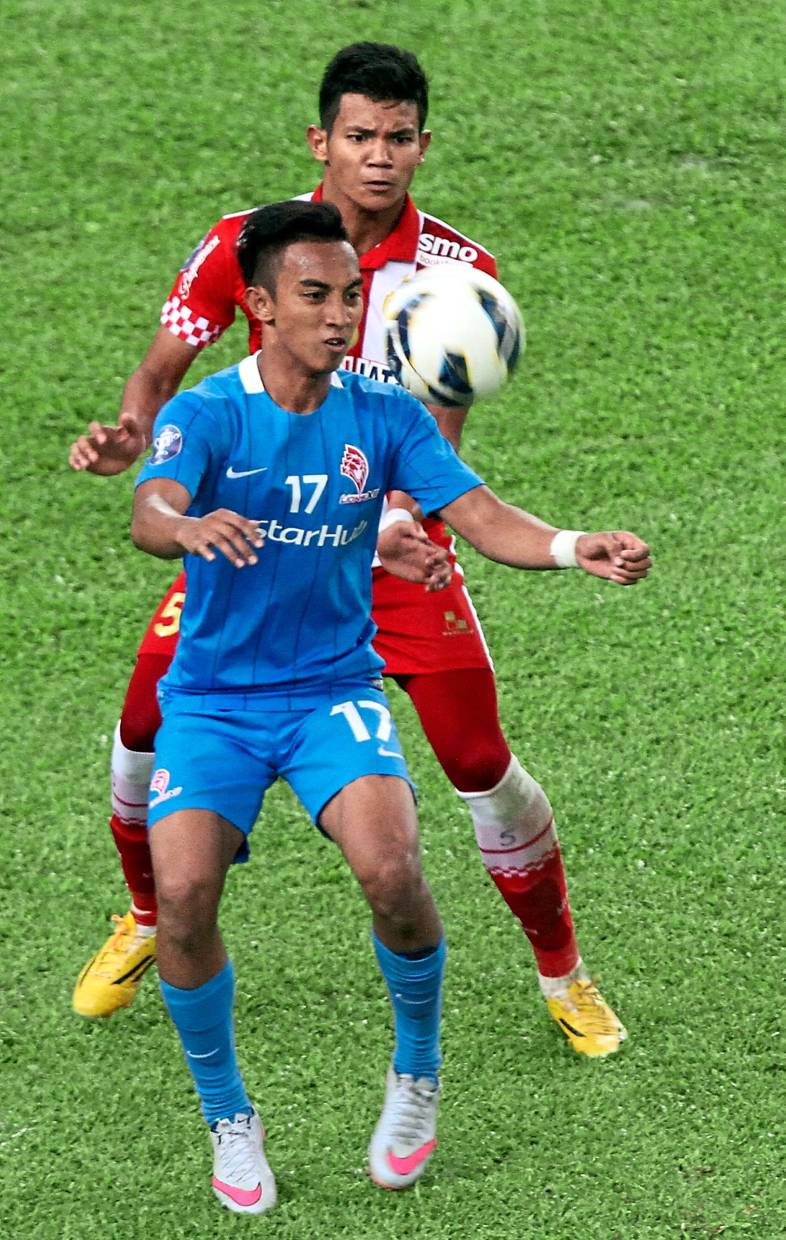 Counting on you: Terengganu have signed Singaporean international winger Faris Ramli (front) to strengthen their attack.

The 41-year-old coach said it was exciting to see the young players giving their all.

“These players have the energy and drive, ” he said.

“In all our matches, these youngsters have impressed. They are young, so they are eager to prove their worth.

“However, they lack experience. When playing in the league, you will face various situations and scenarios, so you need a certain level of experience.

“They are on the right track, and their progress will only favour us in the future.”

Many fans are now predicting that Terengganu will be the Super League title challengers, but Nafuzi has dispelled that notion by saying his team are underdogs.

“Look, Johor Darul Ta’zim, Selangor, Pahang, Perak and Kedah have prepared well for the new season. I always see them above us. We are the underdogs.

“This season, we have a new team with lots of young players. Yes, some claim that our pre-season performances could lead to success in the league, but one has to understand that pre-season games are meant to build harmony and fitness.

“We recently beat Pahang 4-1 in a friendly, but that does not mean the opposition is on the decline. I am cautious with our chances, and I want my boys to take things one step at a time.”

Nafuzi, who is in his first full season in the team, said the foreigners have blended well with the local players.

“The pre-season is long, so when it comes to harmony and chemistry, it should not be a problem.

“We have played some matches in Malaysia and also been to Thailand, so the players had ample time to know each other.

“Also, the foreigners we have signed are players with great calibre.”

In last season’s Super League, Terengganu finished seventh with 30 points and qualified for the quarter-finals of the FA and Malaysia Cup.