PJ want to ride higher this season, with bikes on offer

PETALING JAYA: Petaling Jaya (PJ) City finished a creditable eighth in the 12-team Super League in their debut season last year. They also managed to pull off the upset of the season by beating six-time Super League champions Johor Darul Ta’zim (JDT) 1-0 to end JDT’s 75-match unbeaten home run in the league since 2012.

This year, they want to do better. But it will be easier said than done.

Despite the heroic win over JDT, they lost to relegated sides like Kuala Lumpur and PKNS, which dented their hopes of a better finish.

“Last season, we created some upsets but we were not consistent because we did not have enough depth in the squad, ” said Devan in a press conference after the team’s jersey unveiling here yesterday.

“This time, we have two good players in each position so if there’s any injury or suspension, we have enough cover and besides that, there’s a competition among the players for places, which will be good for the team.”

In their bid to entice fans to attend matches at the Petaling Jaya Stadium, the management will be holding a lucky draw for the fans.

Lucky spectators stand a chance to win a Yamaha Y15 and Honda Dash during the first game against Pahang on March 6. In each of the other home games, one bike will also be up for grabs.

PJ City’s owner Datuk Seri Vijay Eswaran said he hopes the club will not have to give out prizes to entice fans in the future.

“We hope we can build a strong fan base for the club, ” he said. 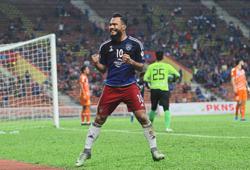 Aging striker Safee finds his old self with PJ City 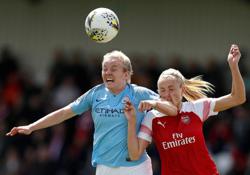