PETALING JAYA: What was intended as a joke ended up costing winger Ahmad Syamim Yahya (pic) dearly three years ago.

The 30-year-old Syamim was slapped with a one-match ban and fined RM500 for making an obscene gesture during a Super League match against Malacca at the Hang Jebat Stadium in 2017 when he was playing for Pahang.

The former international admitted he was wrong to make the gesture and the incident was actually a case of banter with his friends – Isma Alif Mohd Salim and Ahmad Ezrie Shafizie who were playing for Melaka – which went overboard.

Now, playing for Melaka, Syamim hopes the Mousedeer supporters will accept him as one of their own. 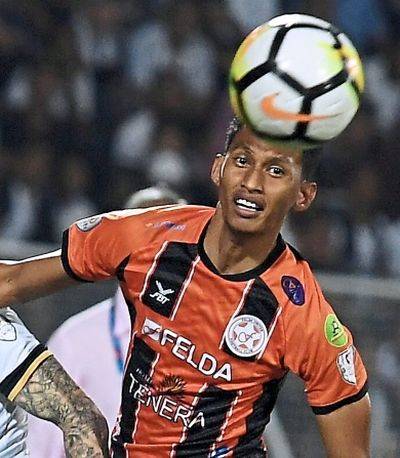 “I regretted the incident and I had apologised for my action ... the gesture was wrong and honestly, it was not directed at Melaka fans,” said the fleet-footed winger.

“I was just ribbing my friends Isma and Ezrie during the match. These things happen in football and I regret it.

“The incident happened three years ago and I believe Melaka fans will accept and support me.

“I’m a Melaka player now, my job is to help the team win matches and bring joy to Melaka football fans ... but like all football players, the fans’ support is important for me to fight harder.”

Melaka finished sixth with 33 points last season and were booted out of the FA Cup in the second round and in the quarter-finals of the Malaysia Cup.

Syamim said the team under the guidance of coach Zainal Abidin Hassan have a good combination of players and are shaping up well in the pre-season since December.

“We have a long pre-season ... it’s almost three months and we are pacing ourselves to be ready when the season starts (Feb 28),” said the Raub-born player.

“I have no problem slotting into the team. I’m 30 this year and I’ve been playing in the M-League since I was 22.

“Everyone knows each other in the M-League and I also know players like Safiq from my time with the national team.”