TOKYO (Reuters) - Skipper Maya Yoshida was thrilled with Japan's "historic" 4-3 win over Uruguay on Tuesday but said his side still have a lot of room for improvement.

Inspired by the young, vibrant trio of attacking midfielders Shoya Nakajima, Takumi Minamino and Ritsu Doan, who came into the game with just nine caps between them, Japan dominated the world's fifth-ranked side and could have scored more than four.

Japan, ranked 54th in the world, have won all three of their games under new boss Hajime Moriyasu and the victory suggested they were on the right track ahead of January's Asian Cup.

"Of course we conceded three goals, which shouldn't happen, but if we compare ourselves to Uruguay ... then I think it was a historic victory for us."

While Uruguay made five substitutions in the friendly, Moriyasu opted to make only two.

"That's because I think the manager is really happy with (the new attackers)," added Yoshida.

"That's why we only substituted two players."

Japan have friendlies lined up against Venezuela and Kyrgyzstan next month before they begin their campaign for a fifth Asian Cup title in the United Arab Emirates.

"Still we really need to improve a lot, but I feel really positive," added Yoshida.

"Even though we have only two games to go until we start the Asian tournament, I'm really positive about them." 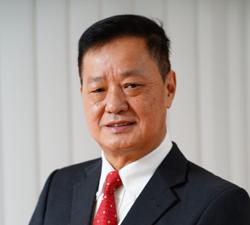