PETALING JAYA: Azizulhasni Awang is more than just a world class cyclist. He is also a good inspirational figure to athletes who want to defy the odds.

And on Sunday, which corresponded with Azizul’s historic Olympic bronze medal ride in Rio de Janeiro back in 2016, he decided to share the joyous moments with his Facebook followers.

It’s also the most precious metal in his trophy cabinet and he’s adamant it won’t be the only Olympic medal he owns as he gears up for a fourth Games’ appearance in Tokyo next year.

Azizul’s Olympic bronze medal in keirin was the first for a nation with little heritage in a sport dominated by Europe, Australia and New Zealand.

And for someone who was told that he would find it hard to make it big in track cycling because of his small stature, the 32-year-old has certainly come a long way.

“It was four years ago, on this day when I became the first Malaysian cyclist to win the bronze medal at the Rio Olympic Games. It’s also the heaviest medal in my collection (of medals) and it weighs approximately 500g,” said Azizul.

“I am so proud of myself as I have dedicated a huge part of my life, spending countless hours and a lot of things in the process to earn it.

“Only my team and I know the trials and tribulations that I had to endure. It makes this piece of metal so priceless.

“I moved out of my comfort zone at the age of 19, from a kampung boy in Dungun to Melbourne in Australia and leaving families and friends behind to dedicate my whole life to cycling,” recalled Azizul.

He made the Olympic final in his pet race for the first time in London in 2012 but came up short. He made his Olympics debut in Beijing in 2008.

But Azizul said he never gave up the dream to be on the podium.

“I have been trying hard since 2008. I didn’t win any medal but I had huge learning experiences and character building from the first two Olympics.

“I kept working hard with the team, trying every possible things to improve ourselves and never gave up.

“In 2016, I went to Rio and then put everything on the line. This whole journey has taught me one thing.

“Life doesn’t give you what you want, it gives what you deserve.” 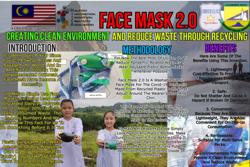