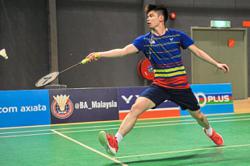 Jun Hao gears up for a return during the singles final against Hasmizan as Sukdev observes the match from behind.2017 Jombola Open Tournament, iM4U Sentral, Puchong. October 28, 2017.

Jun Hao, who also took part in the doubles event with his teammate Aizat Shahzan, had played a total of 12 matches and suffered muscle cramps during the final against Kuala Selangor education department officer Kasmizan Kasmudin.

“My final with Jun Hao would have been more interesting if not for his cramps,” Kasmizan said after the tournament that was held at iM4U Sentral in Puchong.

“It was my second time playing him since 2015 and based on the rallies, we were evenly matched but I was looking forward to receiving more difficult shots.

“I respect him for his attitude and he is a junior player to look out for.

“Jombola is a very challenging sport which requires good control and technique and is a interesting game which everyone can play at a low cost,” added Kasmizan who started playing in 2015.

“Jombola is quite popular within the Kuala Selangor education district, and it is part of my vision to expand it in the district by organising a tournament for the staff from various district education departments during the Director’s Cup Championship next year. 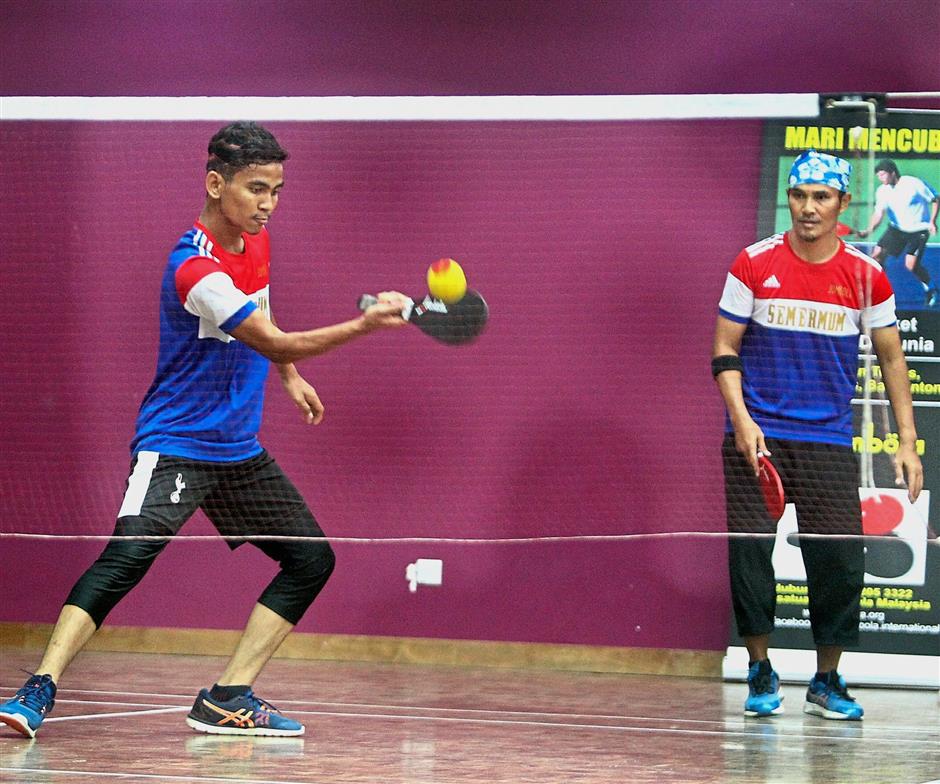 Jun Hao, 16, from SMK Sri Desa in Tanjung Karang, Kuala Selangor, has been playing jombola for the past three years and was one half of the Under-18 winning doubles pair at the inaugural Education Ministry One Student One Sport (1M1S) Central Zone Tournament earlier in July.

He also finished second in a doubles event during an exhibition tournament held in Putrajaya during this year’s Hari Sukan Negara.

“I used to play a lot of badminton when I was in the school team, now I just focus on basketball and jombola because it is a fun game with long rallies that I truly enjoy,” Jun Hao said.

“I think this game will get bigger. There were not many players before but now there are and everyone is getting better, which is good because there are more competitors.

“I faced some strong competition today so maybe I need to go out and practise more,” he added.

The top three winners of the tournament each took home cash prizes of RM400, RM300 and RM200 respectively. Kasmizan (third from left) and other singles and doubles participants with their cash prizes at the inaugural Jombola Open. —Photos: IBRAHIM MOHTAR/The Star

Jombola Association Malaysia president Sukdev Singh noted the influx of new players has led to an overall increase in the quality of the sport this year.

“We also had to exclude some slots from this tournament because we were not able to book a place for long enough to facilitate a tournament for more than 16.

“We have decided to have another tournament on Nov 25 where we will have 32 slots in the doubles category.”

He added there was also another tournament for the 10 Selangor education districts held on the same day which was a good sign of progress for the relatively new sport.

The tournament also featured a number of Universiti Putra Malaysia students who made their debut as technical officials for the sport.