PETALING JAYA: The national elite bowling team will jostle for spots to compete in the IBF World Cup, previously known as the AMF World Cup, in Sunshine Coast, Australia.

Four men and four women from the elite squad will be selected for the competition from Nov 11 to 23.

And in order to select the ones in top form, the Malaysian Tenpin Bowling Confederation (MTBC) will be holding roll-offs at the Sunway Megalanes.

Team manager and MTBC secretary-general Maradona Chok said the list of bowlers will be confirmed on Nov 2, and till then, all the bowlers will have to be at their best during training and roll-offs.

“I know the elite team have been thirsting for top level competition for a while now. They will go all out, but first, they must impress us to be part of the eight bowlers carrying the nation’s challenge in Australia.

“I can see that the morale and confidence are high. Every session in Sunway Megalanes looks spirited. Whoever gets selected will surely give a good challenge in the World Cup.”

Syafiq was the last Malaysian to win the World Cup when he did it in Wroclaw, Poland 10 years ago.

Over 750 participants will arrive in Australia in November with 48 teams (24 men’s and 24 women’s) for the World Cup. 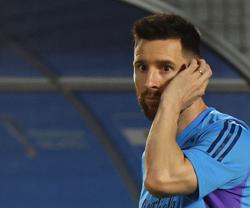 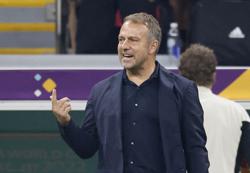 Stormy days at Sunway for our bowlers
To ‘Ah Sir’ with love – keglers bowl Holloway over with glowing tribute
Outgoing coach: Bowlers will do well under Ben
Timmy loses in semis but girls stay on track for team gold
Losing by just one pin feels like needle to men’s quartet
May the ‘best friend’ win as Rafiq and Timmy collide in quarters
Women’s team stage great comeback to reach semis of IBF World Cup
Men’s quartet look good to reach last eight in IBF World Cup
Timmy to teammates: Keep up the good show
Natasha thanks her lucky stars after squeezing into elimination round