Esther, Siti and Syaidatul show why they’re on top of the world 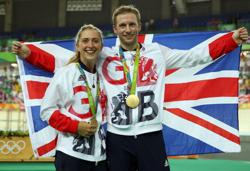 Yesterday, they stamped their class by rolling down the Malaysian contingent’s first gold medal at the Indonesian Asian Games by triumphing in the women’s trio at the Jakabaring Bowling Centre in Palembang.

Esther, the 2006 Doha Games two-gold medallist, rolled back the years to fire an impressive six-game series of 1,439 while Siti Safiyah and Syaidatul chipped in 1,430 and 1,457 for the team to top the 23-team standings with 4,326 pinfalls.

They took over the lead at the end of the first block and never looked back, finishing 71 pins ahead of Taiwan’s Pan Yu-fen, Chou-Chia-chen and Tsai Hsin-yi (4,255).

Joey Yeo, Daphne Tan and Bernice Lim of Singapore secured the bronze with a 4,250 total.

The other Malaysian team comprising Shalin Zulkifli, Sin Li Jane and Natasha Roslan, who led after the second game, fought hard but settled for fourth with 4,144 pinfalls.

The gold was Malaysia’s first in bowling since the Guangzhou Games in 2010.

Esther was delighted to win her third Asiad gold after 12 years and hoped it could spark the gold medal rush not only for the bowling team, but the rest of the national contingent.

“Winning the first gold for the contingent is always special,” said Esther.

“I also won the first gold in Doha and it led to more golds pouring in (Malaysia won eight that year with three coming from bowling). I hope it’s the same too this time!

“What’s more important now is to build on this solid start and try to reclaim the women’s team gold too, which we last clinched in Doha.”

Siti Safiyah credited head coach Holloway Cheah for his brilliant move in bringing the team to Kuala Terengganu to train at the Coral Crown Bowl – which resembles the lanes of the newly-built Games venue as both alleys are equipped with AMF-branded machines.

“We felt very comfortable bowling here. The two-week training stint in Terengganu certainly did the trick for us,” said Siti Safiyah.

“That made us feel positive and confident all the way and we knew we had it in us to win the gold.

“All of us bowled really well today and I’m so fortunate that Esther and Fifah covered for me when I had a bad game in the fourth game. That’s what team event is all about.”

Malaysia have won the event only once in the Asian Games through Shalin, Shirley Chow and Lydia Kwah at the 1994 Hiroshima Games.

For the record the Malaysian team of Esther, Siti Safiyah, Syaidatul, Shalin, Li Jane and Natasha won the women’s team gold at the World Championship in Las Vegas in December last year. 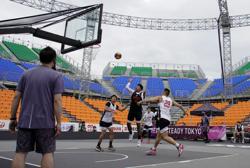