FILE PHOTO: May 7, 2022; Milwaukee, Wisconsin, USA; Milwaukee Bucks forward Giannis Antetokounmpo (34) rests between plays during the fourth quarter against the Boston Celtics during game three of the second round for the 2022 NBA playoffs at Fiserv Forum. Mandatory Credit: Jeff Hanisch-USA TODAY Sports

(Reuters) - The reigning champion Milwaukee Bucks and Atlanta Hawks will play the first National Basketball Association pre-season games in the United Arab Emirates and the Arabian Gulf this October, the league said on Tuesday.

The Bucks, whose roster includes two-times NBA Most Valuable Player Giannis Antetokounmpo, and Hawks, who currently feature twice All-Star Trae Young, will meet on Oct. 6 and Oct. 8 at Etihad Arena on Yas Island in Abu Dhabi.

The games, billed as The NBA Abu Dhabi Games 2022, are part of a multi-year partnership between the NBA and the Department of Culture and Tourism — Abu Dhabi.

"We look forward to visiting Abu Dhabi and furthering the league's goals of inspiring people through basketball," Bucks President Peter Feigin said in a news release.

Atlanta Hawks Chief Executive Steve Koonin credited the NBA for its efforts to grow the game and said the experience of playing in Abu Dhabi will be both "incredibly memorable and impactful" for the team's players and staff. 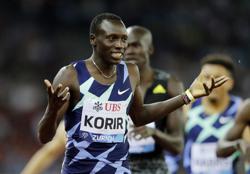