Reigning world champions Aaron-Wooi Yik had looked on course for the title after winning the first game 21-14 but the Chinese pair refused to give in and narrowly edged the next two games 21-19, 21-18.

The heartbreaking defeat extended the Malaysian world No. 3 pair's winless record against Weikeng-Wang Chang to three matches after they also came out second best in last year's French Open and Indonesian Masters. 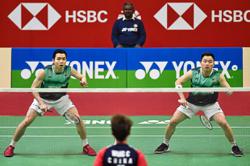 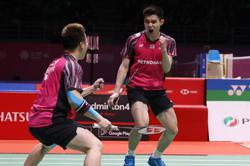