Will Zii Jia stay at BAM or will he turn professional? 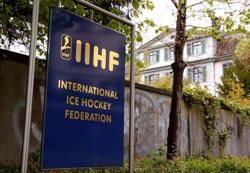 Back to the grind, as usual: Zii Jia remains committed in training amid speculation about him quitting BAM. — myallsport

KUALA LUMPUR: World No. 7 Lee Zii Jia remains tight-lipped over his future amid growing speculation that he will quit the Badminton Association of Malaysia to turn professional.

Yesterday, the 23-year-old All-England champion was coy when asked about it, insisting that he is still a national player.

“If I’m a rebel, you won’t see me here at the training centre today,” Zii Jia told reporters yesterday.

“I’m not in a position to comment on this matter. If there’s anything, the BAM will be the one to announce it.

“As a player, I just want to train and improve so that I can perform at the highest level and produce good results and make the country proud. That’s all I’m thinking about right now.”

Although it was a non-committal reply, this is the first time Zii Jia has made an open statement since the rumour first made the rounds two weeks ago.

Then, BAM were quick to refute the claim, stating that Zii Jia’s determination and vision remains the same as the leading national men’s singles player in the country and is focused on Paris 2024.

But the issue re-emerged on Monday after a local television station reported that Zii Jia had held talks with BAM president Tan Sri Norza Zakaria.

However, Norza said it was only to discuss the player’s competition plans.

It is also learnt that Zii Jia and his sister, Zii Yii, who manages him, attended a council meeting which was held on the same day.

Former national No. 1 Lee Chong Wei had previously stated that BAM will always be the best choice if one wants to achieve big things on the court.

Chong Wei has stayed faithful to the national body in his career and his dedication to the game was evident as he managed to play at the top level until his late 30s.

However, Zii Jia doesn’t want to be compared to his predecessor.

“First of all, I’m not Datuk Lee Chong Wei. What he has achieved is totally different, so I wouldn’t say I want the same things (direction),” he stressed.

Zii Jia is also aware that if he leaves there’s a hefty price to pay as BAM reserve the right to ban him from competing.

There’s a clause which states that players who quit the national team “prematurely” will face sanction.

Only those aged 29 and have played in all five major tournaments – the Thomas and Uber Cup Finals, SEA Games, World Championships, Commonwealth Games and the Olympics will be exempted.

And Zii Jia does not fulfil these requirements.

But given his status as the country’s top player, BAM could work out an arrangement as the national team badly need his services for major events this year.

Choong Hann: It will be a huge loss if he leaves 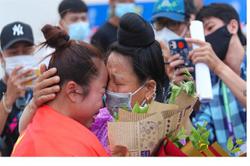 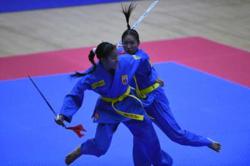