No time to waste, Peng Soon gets down to business 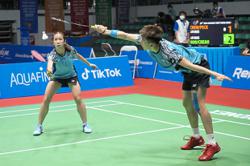 KUALA LUMPUR: Chan Peng Soon is supposed to report for duty on the first day of the New Year but the pumped-up mixed doubles shuttler just can’t let any precious minutes go to waste.

The 33-year-old has already started training at the Academy Badminton Malaysia (ABM) in Bukit Kiara with his new partner Valeree Siow under the guidance of new coaching director Rexy Mainaky and coach Teo Kok Siang to prepare for two assignments in India next month.

Peng Soon said he is enjoying every bit of his time, especially with his immediate goal to gel well with his 19-year-old partner.

“It’s been going well so far. I have enjoyed some quality training sessions with Rexy and Kok Siang as many of the other players are still not back at the training centre yet (after the World Championships),” said Peng Soon.

“It’s certainly great to have Rexy back. I still remember the time when he had just joined BAM around the same time I entered the national team as a rookie, this is coincidence isn’t it?

“He’s a very good coach who has a fantastic track record wherever he’s served. I have faith in him and am comfortable with his style.”

Meanwhile, Peng Soon has only praises for Valeree.

“She has given me a very good first impression. Not only she’s hardworking, she’s also eager to learn,” said Peng Soon.

“She conducts herself well in training and also takes the initiative to ask me how to play better.

“Although I’m a senior, I’ve told her not to be too nervous and treat me just like anyone else. I guess we’re both off to a good start.”

In the absence of many highly-ranked opponents, Peng Soon-Valeree will want to capitalise on the opportunity to return with some commendable results from the Indian Open (Jan 11-16) and Syed Modi International (Jan 18-23).

The field of the two World Tour season-opening events were so depleted that Peng Soon-Valeree are seeded fifth for both meets despite being a newly-formed combination.

If history repeats itself, Peng Soon is definitely more than capable of producing a swift impact like he did with previous partners other than Goh Liu Ying.

In 2017, it took Peng Soon just three starts for him and Cheah Yee See to clinch their first title, winning the Russian Open.

In the same year, Peng Soon’s one-off partnership with Peck Yen Wei, sprung a surprise by reaching the semi-finals of the Indonesian Open, the highest-rated tournament in the Superseries era at that time. 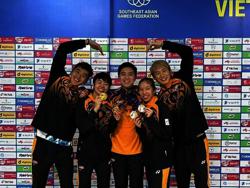