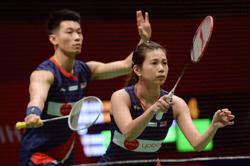 If the world No. 27’s exploits in the Sudirman Cup are of any indication, it looks like they are well on their way to becoming world beaters soon.

First-timers Pang Ron-Yee See stayed cool under pressure to stun world No. 4 Praveen Jordan-Melati Daeva 21-19, 9-21, 21-16 in a do-or-die mixed doubles match as Malaysia upstaged Indonesia 3-2 in the quarter-finals on Friday.

The tie between Malaysia and Indonesia went down the wire after both sides took two points each through Lee Zii Jia (men’s singles), Aaron Chia-Soh Wooi Yik (men’s doubles) and Gregoria Mariska (women’s singles), Greysia Polii-Apriyani Rahayu (women’s doubles) respectively.Thanks to Pang Ron-Yee See’s heroics, Malaysia are now in the semi-finals for the first time in 12 years and are assured of a bronze medal. They will take on Japan next.

Pang Ron, 23, and Yee See, 25, had also impressed during the group stage when they gave Malaysia a flying start in their 3-2 win over England by downing world No. 7 Marcus Ellis-Lauren Smith.

Prior to this week’s amazing run in Vantaa, Finland, Pang Ron-Yee See had showed glimpses of their potential early this year when they beat world No. 8 Hafiz Faizal-Gloria Widjaja of Indonesia en route to reaching the semi-finals of the Thailand Open 2.

Former national shuttler Vivian Hoo was beaming with pride over her brother’s heroic role in helping Malaysia secure what is only their second podium in the world mixed team championship’s history.

“What a win that was! Ron and Yee See kept all of us on the edge of our seats! I’m super proud of him,” said Vivian.

“He used to watch me play, and now it’s my turn. He has won a medal on his debut, something that I did not accomplish during my time with the national team (she played in four Sudirman Cup competitions from 2013-2019).

“This is just the beginning for them, hopefully they will stay humble and continue to strive for more in the future.”

Vivian was also pleased to see her brother’s progress as Pang Ron did not come through the junior development system and only joined the national team when he was 18 in 2016.

“He knew what he wanted to achieve in his career. Of course, he did go through a rough patch but he never spoke about giving up.

“If he continues to show progress, I don’t see why he can’t be our country’s next Chan Peng Soon.”

Peng Soon, who played briefly with Yee See when Goh Liu Ying took time off to recover from an injury, said he was not surprised with his former partner’s form.

“Yee See is a good player, I knew she would make it big one day,” said Peng Soon.

“It was a joy to play with her for nine months in 2017. In that period, we won the Russian Open and reached three semi-finals (Korean Open, Macau Open and Vietnam Open), and were placed at a career-best No. 17 in the world.

“Yee See and Pang Ron can only get better and the sky is the limit for them.” 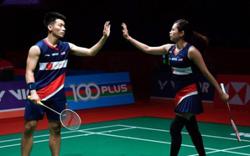