PETALING JAYA: Three-time Olympic Games silver medallist Lee Chong Wei is delighted and has given the thumbs-up to a decision to stick with the badminton scoring format – the good old 21x3 system.

Chong Wei says the Badminton World Federation (BWF) have made the right call to maintain the current format as that is what the players had wanted.

On Saturday, the badminton world body led by their president Poul-Erik Hoyer with the backing of several affiliates, have proposed for a shorter version of 11-point best-of-five (11x5) but it did not get the majority vote during their virtual annual general meeting.

It required a two-third majority but they got 66.31% for and 33.69% against. It’s the second time that this attempt to change the scoring format had failed.

Malaysia’s Chong Wei, who was a dominant force together with Lin Dan of China, Indonesia’s Taufik Hidayat and Denmark’s Peter-Gade Christensen under the 21x3 format since it was introduced in 2006, hoped that the world body would give up trying to change it again.

“If only they had agreed to the shorter format on Saturday, I would have come out of retirement to play the game again, ” said Chong Wei in jest.

“But seriously, I am just glad that the world body have put the interest of players first.

“Why change something when it’s already good. Just look at the number of people who watched the final of the 2016 Rio Olympics and the edition before that in London (2012), ” he said.

Chong Wei was involved in both finals.

At the Rio edition, Chong Wei upstaged Lin Dan in the semi-finals but went down fighting to Chen Long of China in the title-match.

All the matches had record-breaking number of fans watching it.

“The game is still entertaining and draws a big crowd, ” he said.

“Initially, when the world body wanted to change it to 21x3, I was hesitant. I still like the first format – the 15x3 as you can see the artistry of the game.

“But eventually, I got used to the 21x3 style. I think, I speak on behalf of the majority of players out there, that what we have now is good enough.”

Chong Wei challenged the current group of players to lift the standard of the game.

“It’s not about the scoring format, it’s about having players with character in the circuit. Where are the four legends like in my days in the men’s singles?

“I hope players would serve quality, creativiy and entertainment for the fans, ” he said.

In the men’s singles, those with the potential to make the matches competitive and compelling are Kento Momota of Japan, Viktor Axelsen of Denmark, Anthony Ginting of Indonesia, Lee Zii Jia of Malaysia – and hopefully, some new stars from China and South Korea will spice it up too. 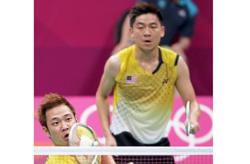