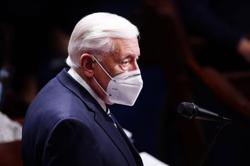 PETALING JAYA: Former Olympics champion Poul-Erik Hoyer of Denmark has shown that he is a smashing winner once again.

He has won the Badminton World Federation president’s post uncontested.

In the candidates’ list which was closed on Wednesday, Hoyer was the only nominee for the president’s post.

BWF deputy president Patama Leeswadtrakul (Thailand) and vice-president para badminton Paul Kurzo (Switzerland) will also be re-elected as there were no other candidates in their positions.

The world body will hold their elections at their 82nd Annual General Meeting on May 22.

In a statement released by the BWF on Wednesday, they said: “The incumbents for those positions (president, deputy president and vice-president para badminton) stand to be re-elected unopposed, signalling continuity at the top of the BWF leadership.”

There are 30 candidates for 20 remaining council positions, and the elections will be conducted virtually using electronic voting systems.

Meanwhile, the world body yesterday announced their partnerships with two renowned badminton equipment companies – Victor and Yonex – for their major championships from 2022-2025.

BWF secretary general Thomas Lund said: “We are extremely excited to partner two established equipment suppliers for our major championships for the next four years.

“We look forward to forging strong partnerships with both well-known global manufacturers to help us showcase world-class badminton tournaments across the world.” 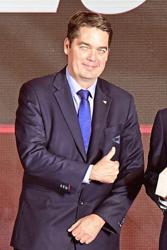