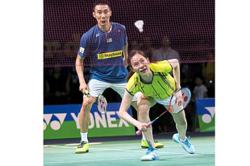 Rare opportunitey: Grab the chance to see Lee Chong Wei and wife Wong Mew Choo in action on Dec 28 in the Mix and Match Badminton Challenge on Yonex YouTube and Yonex Facebook platforms.

PETALING JAYA: If all goes well, badminton fans around the world can expect to catch Lee Chong Wei in action again.

And that’s not just it, the 38-year-old legend will be joined by his wife and former singles shuttler Wong Mew Choo and Rio Olympics silver medallists Goh V Shem and Tan Wee Kiong for the Mix & Match Badminton Challenge on Dec 28.

Chong Wei is keeping his fingers crossed that the event can come to fruition as the organisers Sunrise Sports Sdn Bhd await the government’s decision on the conditional movement control order (CMCO) imposed on Klang Valley on Friday.

“The organisers are in the midst of planning the event but it all depends whether the CMCO will be lifted,” said Chong Wei.

“If everything goes according to plan, I’ll participate for sure. My wife would most probably tag along too, so will Wee Kiong and V Shem.”

Coincidentally, the last time Chong Wei stepped onto the court was also on Dec 28 last year when he played in an exhibition match called The Grand Match at the Arena of Stars in Genting Highlands.

The Challenge is not expected to feature any of the national players as they are sponsored by a different company.

Each event will see two captains pick their teammates from a pool of past and present stars together with several juniors to form a six-member team.

The match is contested in a ground-breaking “flight” system which allows a team of six to switch players during a match.

The event is played behind closed doors and is streamed live on Yonex YouTube and Yonex Facebook platforms.

South Korea will stage the next event on Saturday featuring Lee Yong-dae and Co against his former world No. 1 partner Yoo Yeon-seong and Co. 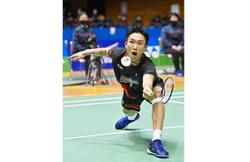