Boon Heong irked with trainer who didn’t give 100% focus

Boon Heong is disappointed with the men’s doubles results at the Asian Games although he had expected it.

National No. 1 and No. 2 pairs Goh V Shem-Tan Wee Kiong and Ong Yew Sin-Teo Ee Yi fought valiantly before going down in the quarter-finals.

Boon Heong is not pointing the finger at the players.

Paulus was only hired before the Thomas Cup Finals in Thailand in May but it was not too long before the Indonesian replaced Soon Kit as the head coach to man the seniors while the latter was given the task of handling the junior players.

Players have been unhappy with Soon Kit prior to the Thomas Cup Finals due to his decision to field scratch pairs.

Boon Heong feels the players in the national team have been demoralised for some time due to the coaches’ poor management.

And Boon Heong hopes the Badminton Association of Malaysia (BAM) will scrutinise the coaches.

“I’m disappointed that our men’s doubles players failed to get a medal. I don’t blame the players,” said Boon Heong, who was the last Malaysian to win the Asian Games gold with Koo Kien Keat at the 2006 edition in Doha.

“I’ve been helping out as a sparring partner in the national team. What I’m disappointed is the quality of the coaching. One of the coaches does not give 100% focus in training. Sometimes, you find him just sitting there.”

Boon Heong believes there is jealousy and a lack of cooperation among coaches, which needs to be addressed.

“I believe that players’ partnerships are split up if they are not in the good books of the coach. Sometimes, selection is not done on merit,” he said.

“I’m voicing out my opinion because I’m concerned with the state of Malaysian badminton, especially the men’s doubles.

“We have the quality but it’s important for players to be motivated too. Players will excel if the environment is good,” he said.

Meanwhile, BAM’s secretary Datuk Ng Chin Chai said they would hold the coaching and training committee meeting on Sept 5. Chin Chai is also the chairman of the committee and he has been handed the task by BAM president Datuk Seri Norza Zakaria to find out why Malaysians failed to win a medal at the Asian Games. 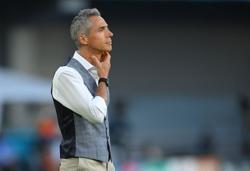