WHEN the Malaysian contingent, led by hockey star Nor Saiful Zaini, walked out into the arena at the glitzy opening ceremony of the 1996 Olympics Games in Atlanta, there were just three roses among the thorns.

Malaysia sent 35 athletes to the Games in the United States and only three were female. One of the three was Annastasia Karen Raj.

But she felt like she was Alice. Alice in Wonderland.

“I was the only Malaysian female in athletics to go to the Olympics in the 1996 Atlanta Games when I qualified for the 10km race walking event. I was 21 that time and it was a dream come true for me.

“When I was 17, I had been a part-time waitress at the Concorde Hotel in Kuala Lumpur. And four years later, I was representing the country in the Olympics. What a turnaround that was, ” she said.

Karen says she can remember every moment in the Olympics like it happened yesterday. In fact, she was not just Alice, she was also the Queen of Hearts.

“All of us were treated like Kings and Queens in the Games village. People rushed to you to get autographs. And I was thinking: ‘They don’t even know where Malaysia is, they don’t know me! Why would they want my autograph?’”

Going to the Olympics, she says, was indeed a once in a lifetime opportunity. “When you represent your country in the Olympics even once, you will forever be called an Olympian.

“I still remember the other athletes were huge while I was pretty short actually. And when I was competing, I could hear people shouting: Malaysia, Malaysia! They were waving our national flag.

“I had my uncle and his family flying in from Seattle and I could see students from our country.”

Annastasia said she was all fired up by the support that she lost count of time and distance.

“Then, I could hear my coach screaming: Go, Anna, go! This is your last lap. And I was thinking: Really? I still have so much energy left!

“The excitement was so great that I was enjoying my race. I was beating the Europeans. In my final lap, I went as fast as I could and finished 24th out of 44 participants, breaking the national record with a time of 45: 47. 00.”

Annastasia, who went on to rewrite the record 13 times in the next four years, said she was greeted after the race with a hug from three-time Olympian (Tan Sri) Dr. M. Jegathesan.

“He was so happy that I finished well and that I broke the national record.”

The walker said the Olympics walk was her least stressful competition, as she had not been expected to win. In fact, she says, it was the most enjoyable.

“All my other races were extremely stressful because I needed to check my timing and listen to my coach’s instructions.

“Throughout my short sporting career of about five years, I was breaking records and that was what kept me going. It was not about winning gold but improving my personal best.

“Every time I went on the track, the journalists would ask me: Are you going to go for the record?”

Annastasia has much gratitude for her coach, V. Subramaniam, who kept pushing her. Subramaniam, who has six SEA Games gold medals, an Asian Games silver medal and also qualified for the 1980 Moscow Olympics which Malaysia boycotted, was relentless in training her.

“He used to ‘kill me’ in training by making me climb up and down the Batu Caves steps eight times non-stop! He would whistle if I slowed down and shout to me to go faster, ” she said, adding that she had even vomited and was unable to stand after the training.

But it all paid off when she achieved her success. Then, he wrote a her a card with a simple message: “A champion is born.”

“Before I even qualified for the Olympics, he told me to never limit myself. He believed in me more than I believed in myself.”

Subra, in fact, had been confident that she would qualify for the Olympics although she thought her timing was way behind the qualifying mark.

“Then, we had the last race at Merdeka Stadium. And I managed to qualify!”

What was sweeter for her and her coach was that a group of athletes who had gone to Germany for the qualifiers failed to make the cut.

“I had wanted to follow the others to Germany but my coach told me to stay behind and qualify in Kuala Lumpur.

“I was so upset at that time. But after I qualified, I was so glad I listened to him!”

Annastasia may have considered herself a queen, but to the coach, she was just one of the boys.

“I think he forgot I was a girl. He made me train with the guys, not the girls. It was so fun training with them, they kept motivating me.”

After her achievements in the Olympics and SEA Games, she decided to continue her education as she had no opportunity to further her training abroad, especially as a female athlete.

“In order to improve, we needed overseas training, and sports science, which was not advanced those days.

“I realised that I had achieved everything I could, so I retired, ” said the 45-year-old who was then offered free education by Tan Sri Lim Kok Wing in his institute.

She went on to do banking and is now based in Shanghai as the Asia-Pacific director of talent acquisition for a Fortune 500 company, Lear Corporation.

“My advice to all aspiring athletes is to balance sports with studies as we can’t be competing forever. I will always be thankful to sports as it taught me to be disciplined, brave and gave me self-belief to achieve anything I set my mind to.”

Annastasia said she missed Malaysia and would love to contribute back to her country in some way later. She said she could be a coach, an administrator or a motivational speaker.

“Meanwhile, I urge all athletes not to feel disappointed that this year’s Olympics has been postponed.

“Take this as something positive as now you have more time to prepare and analyse yourself. Remember, there are no short-cuts to success.” Then and now: Annastasia winning the 10km walk gold at the 1995 Chiang Mai SEA Games. Inset: Annastasia is now based in Shanghai as the Asia-Pacific director of talent acquisition for a Fortune 500 company, Lear Corporation. 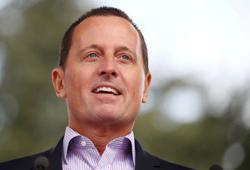 U.S. Ambassador to Germany Grenell to step down - dpa 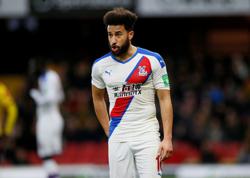