With no medal target, Khairul may just end up being on target PETALING JAYA: With the pressure taken off Khairul Anuar Mohamad (pic) for the first time, can he finally land the nation’s first ever Olympics medal in archery?

The 29-year-old can look forward to competing in his third Olympics in a relaxed mood as archery is not among the three sports being targeted for the podium in Tokyo.

Youth and Sports Minister Datuk Seri Reezal Merican Naina Merican announced on Monday that the contingent are counting on badminton, cycling and diving to deliver the three-medal target, including a gold.

In his previous participation in London 2012 and Rio 2016, Khairul and his teammates had been earmarked for glory because of their credentials on the international stage.

Malaysia have been regular medal winners in the men’s team event at the World Cup and Asia Cup series.

But with Khairul being the sole men qualifier in the individual event this time, it appears that the National Sports Council (NSC) believe it’s better not to place a high expectation on him.

This is despite Khairul being the reigning World Championships silver medallist as well as the world No. 15.

Head coach Lee Jae-hyung stressed that Khairul will still strive for the best result whether he competes as a medal hopeful or not.

“We knew about it (Khairul not being targeted for medal) for quite some time,” said Jae-hyung.

“But it’s certainly a wise decision because it’s always difficult to assess the medal chance in archery compared to the other three sports.

“You can prepare the best you can, but it all boils down to the competition week.

“Archery is one sport that is bound to bring plenty of surprises.

“Rest assured, Khairul is as motivated as always to bring glory to the country. So whether he’s being targeted or not, it doesn’t really make any difference.”

Khairul’s best individual outing was reaching the quarter-finals during his debut in London.

In Rio, he was eliminated in as early as the second round. 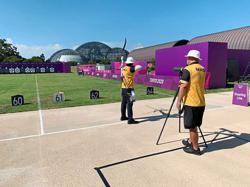 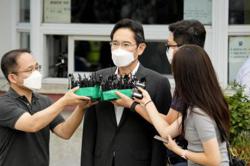