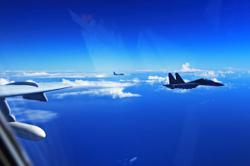 IN a battle for discourse dominance at the Shangri-La Dialogue, Asia's premier defence summit (June 10 - June 12), Indonesian Defence Minister Prabowo Subianto’s words may have been easily overlooked by many observers.

In fact, many policy makers and pundits were more interested in what United States Defence Secretary Lloyd Austin had to say about Taiwan, or how Chinese Defence Minister Wei Fenghe would frame China’s progress in hypersonic weapons, than paying keen attention to Prabowo’s proposition of the Asian way.

Despite the war in Ukraine, defence ministers from almost all major Western powers at the Dialogue chose to declare that Asia was on their minds. Austin told the audience that America’s commitment to the Indo-Pacific is "the core organising principle of American national security policy", and he made it plain that Asia is still America’s priority.

France’s new Defence Minister Sébastien Lecornu said French engagement in Asia is "one of the intangible elements of our sovereignty and of our defence and security policy."

External participation and exchange in Asian security should all be welcomed, but Prabowo’s "Asian way" is a lucid reminder that Asian countries should be in the driver’s seat of regional security. To borrow French President Emmanuel Macron’s words, the "Asian way" is Asia proposing its "strategic autonomy".

Prabowo’s proposition of the Asian way is also tacit rejection of the traditional Western way of forging alliances; hedging against each other by becoming members of an exclusive club did not bring peace. This is the catastrophic and expensive lesson being learned from the war in Ukraine.

Alarmingly, Asia is already on the brink of being swept into military groupings. Though claiming not to be seeking a cold war with China in its strategic aims, by establishing two security blocs aiming at containing China –the QUAD (Quadrilateral Security Dialogue) and then Aukus (trilateral security pact between Australia, the United Kingdom, and the United States) – the US IS making Asian countries choose sides. Prabowo’s proposition is perhaps Asia politely saying "you are making me rather uncomfortable."

The pattern of military build-up and eventual war in Europe involving the US-led North Atlantic Treaty Organisation (Nato) and Russia could well develop in Asia too; but it could also be avoided by Asian states not joining the game of hegemonism and alliance-making.

At Shangri-La, Prabowo timely put forward the idea of non-alignment again into the current international discussions on security. He said choosing to be non-aligned does not mean Indonesia is sitting on the fence, rather the decision is conscious because "for us to respect the interests of all our neighbors and of all the big powers in this region is essential."

Alas, the spirit of opting to be non-aligned, the foundation of which was laid during the 1955 Bandung Conference, seems to have been lost in the tense rhetoric of great power conflicts of our time.

Statistics from various international organisations show the Asian share of global GDP stands at approximately 40%, with the Asian Development Bank predicting that in 2050, the region’s economy will account for half of the world’s total. On top of that, Asia is home to 60% of the world's population.

With virtually all major global players making a scramble for Asia as they try to secure their slice of the cake, making sure regional conflicts do not veer into hot wars is getting ever more urgent.

Indonesia is set to host G20 leaders this November when, hopefully, the message of the Asian way will be reiterated, stressed and heard. Inspirations from the 1955 Bandung Conference should be picked up again and carried on. After all, in what international policy makers call "the Asian century", Asian countries should be in charge of Asia. 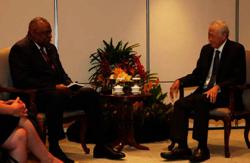 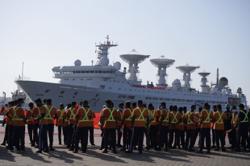