INTERNATIONAL Anti-Corruption Day was marked yesterday. Designated as such by the United Nations General Assembly following its adoption of the United Nations Convention against Corruption (UNCAC), it aims to raise awareness of the costs and detrimental effects of corruption as well as the role of the UNCAC in combating and preventing this dishonest and illegal behaviour.

Malaysia became a signatory to the UNCAC on Dec 9, 2003. However, just a few weeks ago, Malaysia scored a mere 45% and received a “D” rating in the Government Defence Integrity Index for 2020 released by Transparency International Malaysia. This indicates a weak institutional resilience to graft overall. Malaysia also dropped six places on the Corruption Perception Index last year. Hence, on this important anniversary, the Malaysian Bar renewed its call for a new paradigm of open, transparent and accountable governance, and to eradicate corruption and affirm the rule of law. 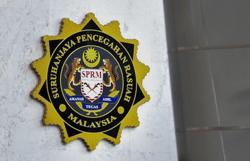