DURING the tabling of the 12th Malaysia Plan in Parliament on Sept 27, Prime Minister Datuk Seri Ismail Sabri Yaakob stressed that green growth would be one of the priorities of the five-year roadmap, and the country would seek cleaner and greener development through a “whole-of-nation” approach.

It must be remembered that green initiatives are not new, however.

Former prime minster Datuk Seri Najib Razak, for example, had introduced the National Green Technology Policy (NGTP) in July 2009 and followed this up with the Green Technology Master Plan 2017-2030 (GTMP), which detailed an actionable roadmap in achieving the NGTP.

The GTMP aligned with the 11th Malaysia Plan and the country’s target in reducing up to 45% of greenhouse gas (GHG) emission intensity by 2030 under the Paris Agreement.

We have approximately nine years left to achieve this, and the jury is still out over whether we will be successful or otherwise.

The three main sources of GHG emission in Malaysia are the energy sector (coal-fired power plants), transportation and waste.

Coal is a main contributor of carbon dioxide and should be phased out as soon as possible. We need to focus on integrating the usage of solar energy into our daily lives. We can incorporate solar panels in office buildings, schools, factories, or residential properties.

This is mainly due to the availability of relatively affordable cars, especially from local automakers.

At the same time, unchecked car ownership will add to traffic congestion, especially in the Klang Valley, making it harder to achieve low carbon status.

What can be done? We could emulate Singapore’s system for limiting the number of cars on the road.

In the city state, car owners are required to obtain a Certificate of Entitlement (COE) to use and own vehicles for 10 years.

This can cost as much as SG$50,000, and would need to be renewed for another five or 10 years to keep using the vehicle or de-register and scrap the car.

However, we can’t afford to cap car ownership in Malaysia mainly because we simply don’t have an efficient rapid transit system like Singapore’s.

The 12MP has focused on improving public transport, including railways, which do not contribute much to GHG emissions compared to airplanes.

In a speech in the Dewan Rakyat on Sept 28, Najib called for the revival of the high-speed rail (HSR) project to connect Malaysia from its northern tip in Padang Besar to Johor, and Singapore if possible.

We will be missing out if we do not undertake the HSR project, which Indonesia and Thailand are now pursuing.

Global aviation accounts for 1.9% of the GHG emissions. Surprisingly, 90% of emissions from an airplane takes place above 3,000 feet while 10% occurs during take-offs, taxiing, initial climbs and approach landings.

Separately, the rise of e-commerce has also contributed to the increase in carbon footprints. Hence, logistic providers should convert their fleets to electric fleets to reduce GHG emissions.

The government should also consider giving tax incentives to retailers who adopt zero-waste and go-green concepts to boost recycling campaigns and waste management.

Everyone can do their bit by recycling, reducing dependence on single-use plastics, installing energy-efficient lighting such as the compact fluorescent light and light emitting diodes (LED) and taking public transport whenever possible.

The actions of politicians and policymakers matter. But ultimately, it is the behaviour of the public that determines whether a country is a low or heavy carbon emitter. 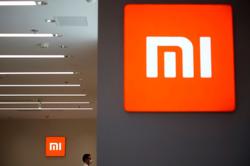