IT'S great to see a lower number of cases. Still, by itself, this does not sufficiently and accurately represent control of virus transmission without other dimensions such as the number of tests and the test positivity rate.

A lower number of cases accompanied by a lower number of tests (while positivity rates are still relatively higher than ideal) may not help determine the state of transmission control.

Emir Research recommended in its "Exit Strategy Building Block – Part 1" published on June 17 that Malaysia should currently maintain daily Covid-19 test intensity of at least 150,000 to 175,000 until the positivity rate falls below 5%. Suggested testing levels can be reduced accordingly – done step-by-step with a concurrent steady reduction of the positivity rate and daily new cases.

This recommendation also took into account the increased testing capacity projected by Health Ministry (MOH) earlier this year of 150,000 to 200,000 daily tests. However, the testing intensity has not reached this minimum level of 150,000 and has fluctuated daily in June (Figure 1A). 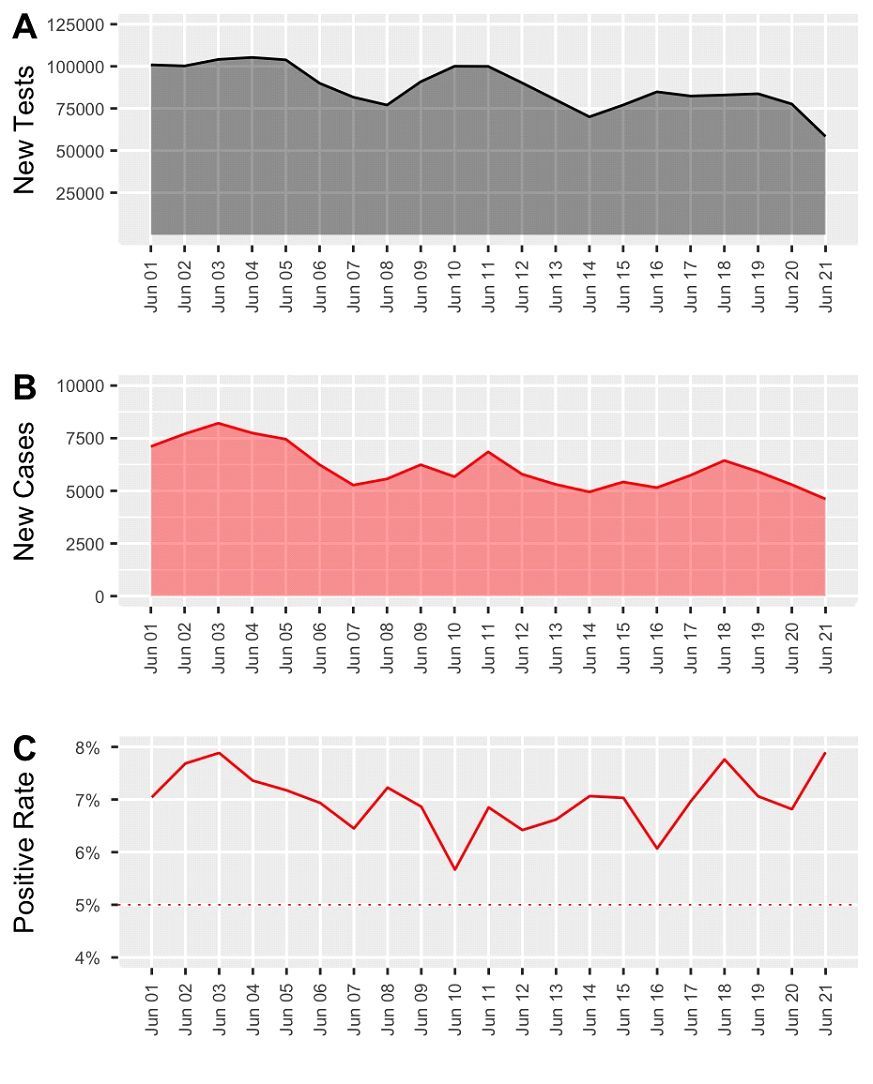 Figure 1. Number of (A) daily tests, (B) positive cases and (C) positivity rate (data from MOH, image by Emir Research)

As shown in Figure 1A, in June, testing intensity fluctuated but gradually decreased from a peak of 105,293 tests on June 4 and halved to 58,384 tests on June 21. This reduction in testing intensity was accompanied by a decrease in new cases reported daily (Figure 1B). However, a substantial increase in the positivity rate informs that falling daily cases may not entirely be good news but a mere reflection of insufficient testing.

Figure 2 better represent the interplay between these three critical variables – daily tests, daily cases and positivity rate. More so, this figure suggests a clear and urgent plan to be acted upon.

The graph below indicates that Malaysia should be currently testing at 125,000 to 175,000 levels while carefully observing whether the positivity rate can fall and remain below the 5% – the World Health Organisation (WHO) recommended threshold.

Should the positivity rate remain below 5% and is accompanied by a reduction in new daily cases, only then we can consider a decrease in testing intensity – in consultation with the graph again. Emir Research also reiterates that positivity rates are subject to sampling bias. Therefore, it requires a reasonable degree of randomness in sampling data in addition to an increased number of tests.

In other words, it is not very helpful to test only those whom we would expect to be positive. Daily test samples must consist of a balanced proportion of symptomatic and asymptomatic people, treated and untreated, high-risk groups and groups with no obvious exposure, and both older and younger age groups – all of which form the qualitative indicator required to evaluate testing strategy adequacy.

As it is right now, the number of cases (as the sole figure) could potentially be a misleading dimension in determining viability to move into Phase 2 of movement control order 3.0 (MCO 3.0). The WHO provides guidelines based on six key criteria for lifting movement restrictions, including effective transmission control.

Lifting restrictions prematurely can risk another set of waves – undoing the efforts of frontliners, wasting the socio-economic safety nets by the Government, and putting the loss of lives and livelihoods of many in vain.

Moving into subsequent phases of the MCO requires mapping Malaysia's transmission control at least in three dimensions – daily new cases, daily new tests, and positivity rate (see Figure 2 again). Daily and historical figures for these variables by state need to be part of standard reporting. This should also be accompanied by the breakdown of where positive cases are coming from: voluntarily show at the testing facility due to illness and suspected COVID-19 symptoms, contract tracing, red zones random testing etc.

In addition, R-naught, death rates, gap between new and active cases, recovery rates, intensive care unit (ICU) beds utilisation rate are other factors to be considered part of the criteria to lift restrictions.

We are fully aware of the plight of the business sector and the detrimental economic impacts of a prolonged blanket lockdown. Thus, we refer back to our suggestion in the Part 1 release to gradually and increasingly prioritise the economic sectors following the completion of the focus on vulnerable and high-risk groups in earlier phases of the NIP.

Vaccination should start to shift focus on as many economic actors as possible in the remaining days of June and the following months of July to mid-August, i.e., 1.5 to 2 months focus for economic sectors. This ensures the focus on prioritising mid-tier companies (MTCs) and micro, small and medium enterprises (MSMEs) (and not just limiting it to manufacturing sectors).

Other "non-essential" workforce (to be re-defined) of the economy, particularly businesses and organisations that are not profit-oriented (e.g., NGOs), may be considered for a selective and extended lockdown/restrictions until and unless they have been fully vaccinated.

We are mindful that the need for increased testing could be limited by the need to prioritise (and rightfully so) the limited manpower and resources for vaccination drives. Given these limitations (which could be contributing to the fluctuating testing intensity), we propose that vaccination centres (PPVs) conduct randomised mass-testing programme alongside the National Immunisation Programme (NIP).

This way, the testing programme is continuously supplied with incoming people, i.e., samples, and utilises existing manpower and resources instead of spreading it thinner through at a separate dedicated testing place/programme, which Malaysia may not have the luxury of at the moment. In addition, test kits and related instruments can and should utilise existing logistics set up at PPVs.

Importantly, given that PPVs bring in various age groups with diverse backgrounds and medical conditions, this tactic will introduce a significant amount of randomness in daily testing samples. This will subsequently make the positivity rate more meaningful and representative.

This will also detect cases of pre-infection that might otherwise render vaccination to be ineffective. Back-tracing any positive cases detected from PPVs can open up testing to even wider sampling. Furthermore, the increased isolation and treatment of back-tracked cases and close contacts could potentially add to a "cluster-busting" strategy through retrospective tracing.

Also, as mentioned in our exit strategy recommendations, we suggest expanding testing at school halls to represent better the younger age group among primary and secondary school students.

The recent report of the increasingly sporadic cases making up more than half of the new cases further supports the urgent need to increase testing frequency concurrently with increased vaccine administration. This is also the strategy that will allow gradual, well informed and judicious reopening of the economic sector.

Margarita Peredaryenko and Ameen Kamal are part of the research team of Emir Research, an independent think tank focused on strategic policy recommendations based on rigorous research. 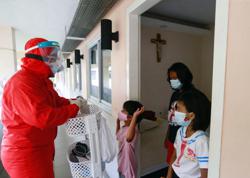