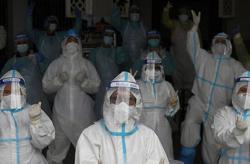 I’VE been a medical officer (MO) for the past six years in a paediatric department. Currently I serve in a tertiary centre in Sarawak. Pre-viously I served in a specialist district hospital for four years. I have been told that I am lucky to have been born two to three years earlier than my colleagues and friends, as I escaped the start of the contract MO system.

It was in that specialist district hospital that I became friends with one of the MOs there who is now in her second contract period.

My friend is a hardworking and passionate doctor. There were ups and downs during the two years of housemanship that she had to serve but she prevailed and decided to specialise in paediatrics. Thus, she decided to take the first part of the paediatrics papers called MRCPCH Theory and Science during her housemanship. This is an external examination and easily costs around RM1,500.

She rushed to take this examination then as she and her fellows had been told housemen with papers in specialties would be prioritised when permanent posts were assigned.

Fast forward to a year after her housemanship, she is now still a contract MO grade UD41 and is in a much smaller district.

So how is she? She and her friends are bitter. Bitter that she and I work the same number of hours but have vast differences in pay and benefits (I will not bore you with the details). In fact, she may even work longer hours.

She’s bitter that she could not stay in a training specialist hospital. Bitter that other MOs, including myself, did not stand up for her and her fellows.

Bitter that their placements as contract MOs are not fixed, and in fact they are “thrown around” during this pandemic. And all travel expenses and relocating costs have to be borne by the MOs themselves.

Most of these doctors are involved in Covid-19 screening and management. Is this how we appreciate our frontliners?

What will happen to these MOs? Eventually they will stop falling for empty promises. Soon, there will be a gap in continuity between MOs and specialists. There will only be us old folk holding the posts at grades UD44 to UD52. Then our burdens will increase and quality of care will be further compromised. Only then will we realise that we should have stood up for our colleagues but it will be too late because we did not care when it did not affect us.