He thinks Umno is still boss

During a recent dialogue session with "BossKu" (the moniker/nickname of Datuk Seri Najib Razak), I asked the former prime minister who was in charge in Umno now. He told me Umno today is like the Three Kingdoms period in ancient China with warlords reigning over different parts of the country.

How to be the boss again for such a chaotic time-honoured party?

According to media reports, Umno president Datuk Seri Dr Ahmad Zahid Hamidi and the party’s supreme council have been authorised by the general assembly to set a timetable for the party’s exit from the Perikatan Nasional government.

Ahmad Zahid believes he has the absolute say, as all supreme council members, Umno’s ministers and deputy ministers, as well as senior GLC office bearers all have to take instructions from him. He can decide when to withdraw from the PN government anytime he chooses.

Ahmad Zahid’s plan is this: as long as he is still the president, he won’t allow a PN government led by Parti Pribumi Bersatu Malaysia to delay the election until 2023, when the current parliament expires.

It has always been the prime minister’s prerogative to decide when to dissolve parliament, but Ahmad Zahid believes with the mandate entrusted to him by the Umno assembly, the power is now in his hands.

He thinks Prime Minister Tan Sri Muhyiddin Yassin will have to call for an election the moment Umno makes the official announcement to quit the PN government.

Umno under Ahmad Zahid now keeps gearing up for the upcoming election. He first shows his cards, announcing that his party will no longer work with Bersatu come the next election.

And then empowered by the party’s general assembly, he tells Muhyiddin explicitly that the election must not be held later than this August, even to declare Umno’s exit from the PN government, forcing the latter to come tumbling down.

The party president, who is not holding any government post, has kept lashing out at the government in an attempt to bring up the political temperature in boosting the morale across the party hierarchy while fanning public emotions against the PN government with the ulterior motive of instilling an impression that only Barisan Nasional/Umno can save the suffering people.

His move has thrown the nine Umno ministers (along with eight deputy ministers) into a very embarrassing situation, because as a component of the sitting government, their party has never ceased attacking the government they are serving. This leaves Umno unjustifiable where political ethics are concerned.

With party delegates firmly on his side, Ahmad Zahid was seen pressuring pro-Bersatu members during the recent general assembly, grimly warning them not to overlook the party’s interest in their quest to keep their government posts.

Such a disposition has forced Umno ministers disapproving of their party’s exit from the PN government to no longer adopt an ambiguous stand on the issue of Umno-Bersatu split.

Driven into a corner, Datuk Seri Hishammuddin Hussein argued that it was premature to talk about Barisan going solo in the next election as the date had yet to be fixed. This was followed by an open request from Khairy Jamaluddin for an immediate party election.

The thing is: party election is not an option for the president.

So, together with Najib and Umno Youth chairman on his side, Ahmad Zahid set a precondition for part election: contenders must first quit their Cabinet posts to ensure competition on an equal footing for all.

Umno is now caught in a dilemma whether to hold the party election before general election. We can therefore anticipate more chaos on the way.

Muhyiddin will surely do his utmost to fight back under pressure, and dissolution of parliament is seen as only the last resort.

Similarly, the relative inaction from Tun Dr Mahathir Mohamad and an ever ambitious Tengku Razaleigh Hamzah could be additional variables that may tip the political balance.

Muhyiddin finally did something yesterday. In a statement, he declared that all Umno ministers would continue to stay in the Perikatan government on his advice in order to continue serving the people’s and the nation’s interests. The Prime Minister has somehow managed to draw a sigh of relief, albeit momentarily.

Now that the cards are shown, it is likely that Ahmad Zahid will instruct the ministers to quit the government before the Emergency is supposed to end in August. Any defiant minister will most definitely face disciplinary action.

The end result could be a major crack in the Umno structure, culminating in the exodus of party leaders holding also ministerial posts. Can Umno still claim to be “tai kor" in Malaysian politics if things have come this far?

What we understand is that these ministers have opted to stay because they were appointed to their ministerial positions by Muhyiddin in his capacity as prime minister, by virtue of their status as elected members of parliament. Moreover, quitting rashly at the height of the pandemic constitutes an act of reckless irresponsibility. Somehow they insist that they are still with the party and will abide by the decision made at the party’s supreme council meeting not to work with Bersatu in the next election. They reiterate that they only support Muhyiddin as prime minister, not Bersatu per se.

Ahmad Zahid has always believed that Umno will get to be tai kor again when an election is called, but has forgotten the crude reality that the party he leads is now in disarray. How to expect an army devoid of solidarity and fighting spirit to put Umno back on its feet again? The utterly messy electoral strategy alone is enough to cripple the party.

If Umno, PAS and Bersatu were to work together in the next election, clinching a two-thirds majority in Parliament should not be a question. Umno’s insistence to leave Bersatu will force PAS to take sides, and this is not going to do any good to these three parties.

Three-cornered fights will invariably work to the advantage of Pakatan Harapan. In the worst case scenario, everything is back to square one and the political climate here remains as messy as ever. With the coronavirus still ravaging, endless political turmoil is no boon to the country for sure.

Most Malaysians actually hope political stability could be restored soonest, so that they would get to put food on the table again.

Following the joint statement by PAS and Bersatu to continue their cooperation in GE15, it is obvious now that PAS has decided to go with Bersatu and not Umno. Umno’s stubbornness has put a temporary halt to the Muafakat Nasional pact it forged with the Islamist party.

As a matter of fact, other than Ahmad Zahid, Najib and their gang, all other Umno leaders holding government offices are aware that Umno must put a decisive stop to the current chaos. They believe their party can only woo back the voters by taking down Ahmad Zahid through fresh party election.

They know all too well that GE15 will be Umno’s last chance, a live-or-die battle.

As such, Umno leaders who don’t want to see their party fall are now racking their brains in hope of seeking a solution to get Ahmad Zahid to step down before the general election.

Meanwhile, rival factions within the party are making their own preparations for imminent party polls.

A black horse that is prepared to challenge the president is Datuk Seri Mohamad Hasan, the incumbent deputy president.

Having missed the last party election, Hishammuddin could be overtaken if he remains hesitant this time. He, too, will likely be a strong contender for the top post.

As for Khairy who lost to Ahmad Zahid in the last party election, it is learned that he may settle for the VP post instead this time. From what we understand, he has struck an agreement with Hishammuddin to put vice-president Datuk Seri Ismail Sabri Yaakob, who has yet to make a decision in the deputy presidency race.

To reclaim the lost dominance in Malaysian politics, Umno must stop all factional conflicts with a reformative new leadership taking charge, so that it gets to be boss again. 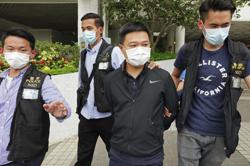