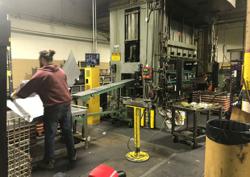 IN the past, the Factories and Machinery Department was the enforcement authority for safety in the workplace.

It was responsible for enforcing the Factories and Machinery Act (FMA), which was enacted in 1967. One of the provisions of the Act empowered the Department to conduct periodic inspections and testing on a category of machinery known as certificated machinery.

As the country progressed over the years, the number of industries grew in tandem. In the early 1990s, the Factories and Machinery Department was renamed Department of Occupational Safety and Health (DOSH) to reflect its greater role in overseeing safety and health in many sectors of industry.

In 1994, the Occupational Safety and Health Act (OSHA) was enacted. This Act, in addition to governing safety and health in industries, also promotes self-regulation by industries whereby they were encouraged to monitor their adherence to legal and safety standards rather than rely solely on DOSH for enforcement.

However, the self-regulation initiative was not enthusiastically accepted by industries. The main reason was they did not know what they were supposed to do. As a result, only a handful of multi-national companies practised self-regulation.

Industries also did not practise self-regulation because DOSH was reluctant to let go of some of the work carried out by its own officers.

For the concept to work, DOSH would have to pass over some of their work to industries, one of which is the regulated inspection and testing of certificated machinery.

There are hundreds of thousands of machinery to be inspected and tested every year by the department. This vast amount of work locks up a large proportion of DOSH manpower that could otherwise be used in other areas.

In 2014, DOSH implemented the Risk Based Inspection (RBI) scheme whereby the machinery inspection period was extended from 15 months to 60 months. This has reduced the department’s workload to some extent.

To implement RBI, industries must have a team of qualified personnel to regularly monitor the condition of their machinery. Because of this, the scheme was only implemented by the gas and other large manufacturing companies.

DOSH is currently reviewing and amending OSHA 1994. One of the proposed amendments is the privatisation of certificated machinery inspection. This much-anticipated amendment is welcomed by industries as it would enable them to actively participate and implement self-regulation.

Haealth and Safety at work; factory and machiner act; DOSH 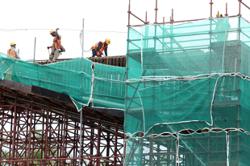