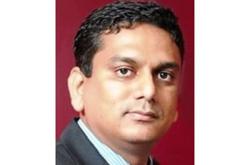 During a speech at the first Asean digital ministers meeting on Jan 21, 2021, Malaysian Prime Minister Tan Sri Muhyiddin Yassin made a statement calling for tougher laws in Asean countries to act against hate speech. This includes harassment and threats against anyone based on their race, religion, gender, sexual orientation, disability, or nationality.

The Malaysian Bar wholeheartedly welcomes this statement, especially as it comes shortly after the recent controversial statements made by Deputy Minister in the Prime Minister’s Department (Religious Affairs) Ahmad Marzuk Shaary. He has indicated that the government does not rule out the possibility of amending the Syariah Courts (Criminal Jurisdiction) Act 1965 (Act 355) to mete out harsher punishments on lesbians, gays, bisexuals and transgenders (LGBT). He has also urged the public to come forward with information pertaining to LGBT individuals so that authorities can take action against them.

The stance taken by the deputy minister could very likely create adverse ramifications for the LGBT community. Members of the LGBT community are entitled to protection under Article 8(1) of the Federal Constitution, and their rights are enshrined under the Universal Declaration of Human Rights and other international instruments. One should not be subject to inequality by virtue of one’s sexual orientation, as the Prime Minister had aptly said in his speech.

Members of the LGBT community deserve to be treated equally and with respect, without the fear of being harassed or threatened. Meting out harsher punishments through legislative amendments is not a solution, and this may result in heightened discrimination towards the LGBT community. The Malaysian Bar takes the view that all individuals, regardless of sexual or gender orientation, should enjoy the fundamental human rights accorded to every citizen of this country, and be shielded from all forms of harassment so long as the laws of this country are observed.

The Malaysian Bar urges the deputy minister to get his priorities in order, especially during these difficult times brought about by the Covid-19 pandemic. He ought to be devising plans and strategies to improve the lives of the public through his ministry, and to alleviate the burden of the rakyat, not making remarks that are reckless and not conducive to the well-being of our nation during the pandemic. 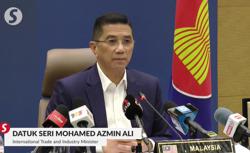