The disturbing news about systemic and institutional corruption in the halal meat industry by a cartel comprising foreign exporters with the alleged connivance of four government agencies is a provocative reminder of how entrenched such a culture is in Malaysia ("MACC probing 'halal' meat smuggling cartel case").

What’s truly shocking is the corruption not only subverted routine bureaucratic procedures but also the Islamic core injunction of halal food, particularly with regards to the prescribed ritual slaughter of meat for consumption by Muslims according to the fundamental tenets of the faith – and it was enabled by government officers who presumably are themselves Muslims to boot.

Despite a projected increase in the Muslim population to 30% of world population by 2050, which is one of the factors driving the lucrative expansion of the industry, news of this unholy cartel is indeed a setback and does not augur well for the industry in Malaysia.

Apart from the reactive need to fortify the Malaysian Anti-Corruption Commission (MACC) with more resources, and to get the Agriculture and Food Industry Ministry to increase its governance of the issuance of approval permits for meat importers, given that corruption seems to be a way of life in Malaysia now, there is a pressing and proactive need get ahead of the curve to prevent something like this from happening again.

One proactive measure that should be implemented immediately is for the issuing authorities – in this case, the Agriculture and Food Industry Ministry as the issuer of APs and the Department of Islamic Development (Jakim) as the halal certifier – to go the blockchain route.

Blockchain technology is a disruptive technology that is a part of the Fourth Industrial Revolution that is expected to change the way we work and live. Also known as distributed ledger technology (DLT), it can also disrupt cartel’s cunning strategies to achieve its fraudulent objective.

Through smart contracts, DLT could digitally prescribe processes and requirements according to a halal standard, verify halal compliance, and enforce the performance of halal supply chains.

Because blockchain is a decentralised system that exists between permitted parties, there’s no need to pay intermediaries (middlemen) and it saves time and conflict. Although DLT has its problems, it is undeniably faster, cheaper and more secure than traditional systems, which is why banks and governments are turning to it.

When someone requests a transaction, the request is broadcasted to a peer-to-peer (P2P) network comprising computers – also known as nodes – that validate the transaction and the user’s status using known algorithms. Once verified, the transaction is combined with other similar previous transactions to create a new block of data for the ledger, which is then added to the existing blockchain in a way that is permanent and unalterable. The transaction is now complete while waiting for another transaction.

As an encrypted ledger database, blockchain is almost impossible to hack, making its records – or blocks – permanently verifiable. As a decentralised system with no single owner, any retroactive changes to a record must be verified by the majority of potentially thousands of nodes, or members, in a chain. Put simply, it is a technology that is secure by design.

Through blockchain technology, a halal network timestamps transactions by hashing them into an ongoing chain of hash-based proof-of-work, forming a record that cannot be changed without redoing the proof-of-work. The transactions are not stored centrally but distributed on many servers throughout the world as cryptographic proof.

Blockchain technology removes the need for a trusted third party to ensure an independent assessment of the integrity of a product or its network, as the longest chain serves as proof of the sequence of events witnessed.

This technology could enforce end-to-end halal assurance based on specific halal market requirements, supported by automated smart contracts. A halal blockchain could provide full transparency of all halal supply chain transactions that have ever been executed.

The blockchain has complete information about the addresses and their supply chain path right from the source to the point of consumer purchase, giving the much-needed assurance to Muslims that the “halal-ness” of the food on their table can be traced back through all the locations of the halal supply chains that began with the original farm or livestock farm, including the identity of the farmers or livestock breeders.

Blockchains inject trust into a halal supply chain and value chain of a brand owner who would be better able to guarantee halal integrity. They could also be integrated into wide sustainability and corporate responsibility systems to extend the brand market beyond Muslim consumers.

One of the most significant real-world applications of blockchain technology is data provenance – the documentation of where a piece of data comes from and the processes and methodology by which it was produced. It creates a single, secure chain-of-custody timeline, designed to be tamper-proof. The system can be used to provide customers with a “story” about each product, covering materials, locations, processes, ingredients and suppliers, and enables businesses to substantiate claims about their products using real-time data. With such a system, provenance tracking of where each piece of data comes from and whether it is still up to date becomes a breeze.

It is high time the Agriculture and Food Industry Ministry adopts this system in the issuance of APs for importers to bring halal meat into the country and rope in other government agencies, such as the Royal Malaysian Customs Department, the port police, the Domestic Trade & Consumer Affairs Ministry and Jakim, to be part of the network in this system of provenance based on blockchain technology.

Note: The writer is director of Media & Communications at Emir Research, an independent think-tank focused on strategic policy recommendations. 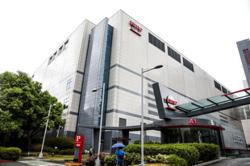