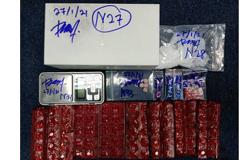 I REFER to the reports “Move will preserve police image” (The Star, Nov 27) and “Lee: Anti-corruption plan timely but must be set up successfully” (Nov 28). Malaysians welcome the efforts taken by the police force to improve their services, act without fear or favour and, most importantly, to serve them with integrity and transparency.

With this in mind, I would like to share my recent experience at a traffic police station. In September 2019, I had an unfortunate traffic accident involving a public bus. Both parties lodged police reports.

The investigating officer concluded that I was the party at fault and issued a traffic summons to me. I settled the summons two days later and was told by the staff at the counter to come back the next day to collect the receipt.

When I collected the receipt, I noticed that it was issued under another person’s name. I asked about this and was told not to worry and that everything had been settled.

With this reassurance and this being my first experience of a traffic offence, I thought the case was settled. Furthermore, I did not receive any further news from the police.

To my utmost surprise, when I wanted to get my road tax renewed recently, I was informed by my agent that my name had been blacklisted by the Road Transport Department (JPJ) because I have an outstanding summons.

I went to the same traffic police station where I had settled the summons to find out what had happened. The officer on duty, after checking the system, told me I could try to renew my road tax after two days without giving any explanation. I was also told that I had two more outstanding parking offences.

I decided to settle them there and then and was again told to come back two days later to collect the receipts. I did as I was told and to my utter horror, I saw that the amount printed on the receipt was different from what I had been told to pay.

I would like to know the reason for the “error” in blacklisting me for the first incident, the delay in issuing official receipts and the discrepancy in the name and amount stated on the official receipts. Is this the standard procedure for all traffic offences? I would greatly appreciate an explanation from any police spokespersons or representatives on these matters.