Towards a smoke-free generation in Malaysia – paradigm shift required We, members of the Malaysian Council for Tobacco Control (MCTC), health professionals and civil society members, are very concerned by the increasing burden of smoking. Every year, more than eight million people die from tobacco use and second-hand smoke exposure causes 1.2 million deaths annually. Tobacco use is a major risk factor for cardiovascular diseases, cancers, respiratory diseases, and many other debilitating health conditions.

Smoking means inhaling and expelling the smoke or vapour of any tobacco product, and includes the holding of or control over any ignited, heated, or vaporised tobacco product under the Control of Tobacco Products Regulation 2004 (amendment 2015). There should not be any dispute or ambiguity over the definition of “smoking” by those who use e-cigarettes and vape. Any gaseous substance that is exhaled diffuses into the environment and accumulates progressively indoors, harming the occupants within.

Currently in Malaysia, we have more than five million smokers – 21.3% of Malaysians smoke – and more than 20,000 deaths a year related to tobacco use. The socioeconomic costs to the individuals, families, businesses, and public healthcare is very high.

In Malaysia, the problem of smoking was first dealt with 44 years ago by legislation requiring the message “Amaran Kerajaan Malaysia: Merokok membahayakan kesihatan (Warning by the Malaysian Government: Smoking endangers health)” to appear on all cigarette packaging beginning in 1976.

Then 38 years ago, on Aug 17,1982, a general government circular titled “Pengharaman Iklan Rokok dan Kempen Anti Merokok (Banning of Cigarette Advertisement and Anti-smoking Campaign)” stated that these measures were to be implemented in all offices.

The Public Services Department (JPA) stated in its statement on the Prohibition of Smoking at Government Premises, dated June 5,2009, that the list of no smoking areas gazetted by the Health Ministry under the Control of Tobacco Products Regulations includes all government premises (“di mana-mana kawasan premis kerajaan”). Whoever is found guilty of breaking this law is liable for a maximum fine of RM10,000 or two years jail.

Malaysia is also a party to the World Health Organisation's Framework Convention on Tobacco Control (FCTC), a binding international law. The FCTC is an evidence-based treaty that reaffirms the right of all people to the highest standard of health. It represents a paradigm shift in developing regulatory strategies to address issues caused by addictive substances. In contrast to previous drug control treaties, the FCTC asserts the importance of reduction in demand supply strategies. The FCTC is explicitly mentioned in the Sustainable Development Goals on health. Goal 3a states “Strengthen implementation of the Framework Convention on Tobacco Control in all countries as appropriate”.

(The Sustainable Development Goals are a collection of 17 global goals designed to be a "blueprint to achieve a better and more sustainable future for all".)

Malaysia is committed to smoke free status by 2045 with a target to achieve a smoking prevalence of 15% of the population by 2025 through the implementation of the National Strategic Plan on Tobacco Control 2015-2020.

With these commitments and legal provisions in force since 40 years ago, as a progressive society we should be moving forward by adopting best practices to accomplish a smoke-free world and to protect the health of all.

We would like to reiterate that the Malaysian government, members of Parliament and state assemblies, and the people should work together to ensure the following measures:

1. Expedite the implementation of the licensing of tobacco and tobacco products that has been outstanding since 2011.

2. Expedite the tabling of the Tobacco Control Bill, which is long overdue, in the coming parliament session.

3. Immediately ban e-cigarettes and vaping in the country.

4. Increase the penalty to be a deterrent for offences related to the illicit trade in tobacco and tobacco products.

5. Ratify the Protocol to Eliminate Illicit Trade in Tobacco Products adopted by the Conference of the Parties to the WHO Framework Convention on Tobacco Control.

6. The nationwide smoking ban at all eateries that began to be enforced on Jan 1,2020, must be diligently monitored and strictly enforced.

7. Taxation on tobacco and tobacco products should be increased to at least 70% of the retail price in accordance with the recommendation of the World Bank.

8. Increase the age limit for the sale and purchase of tobacco and tobacco products from 18 years to 21 years.

9. Designate the display of tobacco and tobacco products at points of sale as a form of advertisement so it can be banned.

10. Enforce smoking bans in all workplace environments, as provided for in the Occupational Safety and Health laws and government service circulars.

We as health professionals and civil society members urge all, especially members of Parliament and state assemblies and public officials, to provide leadership to promote a healthy lifestyle and save lives, as tobacco kills people. The cost to Malaysian society is beyond the tax collected from the sale of tobacco products.

25. The Royal College of Surgeons in Ireland and University College Dublin Malaysia Campus 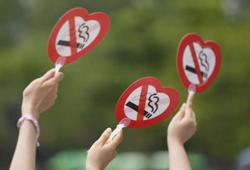 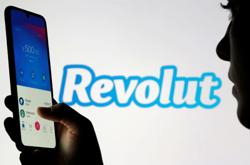