Concerned by use of face shields on newborn babies 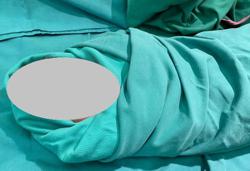 WE are paediatricians who form the Penang Paediatric Network and we would like to comment on a photo titled “Wee protection” that appeared in The Star on April 6. The photo was of a row of newborn babies in a Thai hospital wearing little face shields purportedly to protect them from Covid-19.

Firstly, according to the World Health Organisation, health facilities should enable mothers and babies to be kept together 24 hours a day even if the mother has suspected, probable or confirmed Covid-19. Infected mothers should take precautions such as wearing a mask during breastfeeding and skin-to-skin contact. Breastmilk is the first line of protection and if a mother is infected, her milk will protect her baby from Covid-19 through the presence of antibodies in her milk. In the early days when breastfeeding is being established, a face shield on the baby would restrict breastfeeding at this crucial stage.

Also, as cute and as innovative as the face shields seem, we are concerned that they might not be safe. Face masks are not recommended for children below two years old since they may find it difficult to breathe and the mask could suffocate them. Therefore, we understand why the idea of a face shield might be attractive. However, we feel they too could interfere with a newborn baby’s breathing.

A baby’s breathing process is more delicate than an adult’s. Before birth, a baby’s lungs are fluid-filled and every baby goes through the phase of reabsorbing that fluid back into their body and allowing the lungs to start up their job of breathing. This is a process that takes place over the first hours to days of life. While this is happening, the baby is in a precarious position and any small difference, such as the presence of a face shield, could cause breathing problems.

The face shield, even when carefully placed, could cause a build-up of carbon dioxide behind it and possibly also prevent oxygen from getting to the baby. And if it slips off the baby’s face, it could cause strangulation. It could even possibly cause sudden death. Sudden Infant Death Syndrome, or SIDS, can be due to a number of factors (such as having parents who smoke, who bed-share with the baby, and who place babies to sleep on their tummies or side or hang a pacifier around the baby’s neck), but the bottom line is that all these result in a lack of oxygen.

The caption accompanying another photo that appeared in The Star on April 11 did suggest that the face shield was only used for short periods. However, we have reason to believe that the use of face shields on newborns has already been taken up in Malaysia, especially in confinement centres. Pictures of some confinement centres on their social media pages show the use of such shields. What concerns us is that their safety has not been considered.

Does a face shield offer any benefit to a normal newborn baby? That is unknown. But as suggested, it could be harmful. Reports of Covid-19 affecting the very young are rare and deaths even rarer. We would like the public to know of our concerns and recommend that if face shields are to be used at all, that the potential harm be considered.

Note: This letter was signed by 59 paediatricians Cabotage debate: Guan Eng should handle things professionally
Being a cradle for unicorns
Uphold the spirit of moderation
Importance of managing the need for foreign workers
Challenges in digital adoption
Take the lead in probe of Pandora Papers
Dispense with protocol and get closer to the people
Dealing with cancer-related fatigue
Importance of safety and health regulations for all
Need to reduce the rate of motorcycle accidents