Easy to bring back GST

I READ in your report, “Economy is main priority” (March 12), that there is a possibility of the Goods and Services Tax (GST) being reintroduced as the new government gets down to work on policies to address the current economic slowdown in the country and the worries that people feel about the future.

With the sharp drop in oil prices and disruptive impact of the Covid-19 pandemic on work and travel across the world, we can expect difficult times ahead because, being an open economy, Malaysia will be affected by the fall in demand in our export markets. The policy response should be to increase government spending in a counter cyclical move to generate a higher level of economic activity especially through investing on projects that will add to the future productive capacity of the country while creating immediate jobs and incomes for our workers and generating business opportunities for suppliers, contractors, SMEs, consulting firms and etc. along the value chain. This will save them from bankruptcy.

Higher spending will require a stronger revenue base to make it sustainable without creating concerns in the financial markets about rising budget deficits and the national debt level, as these concerns will have destabilising effects on the ringgit, import costs, inflation and cost of living.

GST has been proven all over the world to be a strong revenue earner. It provides a broad-based system of taxing consumption paid by the final consumers while providing refunds to the manufacturers, wholesalers and retailers on the tax they paid on their inputs.

When GST was introduced in 2015, there was not enough time given to the Royal Customs Department to launch an education campaign to show how it would work, especially to the small businesses and family-owned shops that do not have accountants and bookkeepers or do not know anything about computers to assist in doing the paperwork of filing the refund claims correctly and on time to be processed and approved within the stipulated period.

Many small businesses suffered financially due to the long delays in getting the refunds. As a result of widespread complaints, GST became a target of hate politics.

Another problem in implementing GST smoothly was that because the politicians wanted so many items to be exempted, much against the advice of Treasury civil servants who recommended the exemption list to be limited to the basic essentials, there was a lot of confusion to decipher which item in the SITC (Standard International Trade Classification) code was exempted and which was not. Even the accountants had a headache.

If the company or trader wrote a wrong SITC code, the refund application would be rejected. I was informed that when the Australian and New Zealand GST experts saw our exemption list, they said it was thicker than their telephone directory! They said in their countries, the exemption list was just one page and covered only essential medicines, baby food, children’s school books and medical supplies for the aged. The fewer the exemption, the easier to implement GST for both the taxpayer and tax collector.

The Treasury officers had proposed that the GST rate should initially be 4% with a limited exempted list. They recommended the rate to be increased in stages over time, as done in other countries, to keep pace with the expansion of the economy, rising income levels and increased affordability to pay higher tax. But since the government insisted on so many exemptions, the rate was raised to 6% to make it revenue neutral with the Sales and Service Tax (SST) that it replaced.

If the new government is reintroducing GST, it should be set at 4% with a minimum of exemptions, or lower with a time table to raise it by one or two percentage points in the next, say, two years. A low rate will also eliminate the need to have zero rated category of GST, which was another unnecessary complication in implementing it.

The sales tax and service tax were combined to become SST years ago. GST is a refined and more effective way of taxing consumption without taxing the intermediaries twice by virtue of its value-added concept. All the major countries in the world have GST based on this concept to avoid double taxing. There are 180 countries in the world implementing GST. Singapore has also started introducing GST at a very low rate.

A great advantage of GST is that with the filing of claims for refunds, our tax collectors at the Inland Revenue Board can have access to documentary evidence to check especially on individual operators and unincorporated businesses like street vendors and food stalls who are noted for under declaring or, worse, not declaring their incomes at all.

The United Kingdom, Australian and other tax authorities have used information from GST to counter-check with the income tax returns. That is why in many countries GST (or VAT) is implemented in the Inland Revenue Department. We do not need to follow them but our Federal Treasury, as the higher authority over the Inland Revenue and Customs, can direct them to share the information and use the data to close the loopholes in tax collection.

According to many studies, tax evasion causes the Treasury to lose millions in revenue. Let’s use GST to strengthen the tax system in collecting every sen due to the government so that it can use the revenue to spend more on the country’s economic and social development and give the poor the help they need, especially at this critical time. 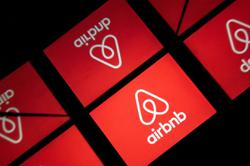