THE Coalition for Clean and Fair Elections (Bersih 2.0) disagrees with former deputy chairman of the Election Commission (EC) Datuk Wan Ahmad Wan Omar who urged the current EC chairman Datuk Azhar Azizan Harun and other commissioners to resign because there has been a change in the government.

For the record, the EC is a Constitutional body with the chairperson and other commissioners appointed by the Yang di-Pertuan Agong in accordance with Article 114(1) of the federal Constitution. EC members only cease to hold office if they attain 66 years old or are fired by the King.

Article 114(3) states clearly that commissioners “shall not be removed from office except on the grounds and in the like manner as a judge of the Federal Court”, which necessitates a tribunal to prove there has been misconduct and offences committed that affect the EC’s objectives. This also means the standing and independence conferred on the EC as a democratic institution is on par with the Federal Court.

Wan Ahmad’s call (made in an article in a local Malay daily) for Azhar and other commissioners to resign is illogical, as if Chief Justice Tan Sri Tengku Maimun Tuan Mat is similarly urged to resign just because Tun Dr Mahathir Mohamad who proposed her name for appointment by the King has resigned.

To date, we have not seen any action or misconduct committed by the current EC that violates the Federal Constitution, laws or the principles of free and fair elections. Instead, the EC has introduced many reforms in the conduct of elections and commendably responded to election-related issues, among others:

> Requiring candidates to pledge not to violate the Election Offenses Act in the Cameron Highlands by-election.

> Distributing voters cards to voters with information such as polling centres, polling dates and polling streams to encourage voter turnout, such as in the Rantau, Semenyih and Sandakan by-elections.

> Verifying the existence of registered voters aged 90 or above to purge deceased ones from electoral rolls.

> Posting a live broadcast of the vote-counting process at counting centres in all by-elections on the EC’s official Facebook page.

> Providing a mini camera at polling clerks’ desks to monitor the voting process and counting of votes in each stream during the Kimanis by-election. This reform ensures transparency in the conduct of the election, as the recordings can serve as evidence in the event of any disputes that might arise.

> Warning the government not to use government machinery and resources to campaign during the Cameron Highlands by-election.

> Accrediting civil society organisations such as Bersih 2.0, Engage, Tindak Malaysia and other NGOs to deploy election observers during the by-elections.

These are only part of the commendable reforms introduced by the EC under the leadership of Azhar. Overall, the EC today is better and more transparent and open than before.

Bersih 2.0 calls upon all Malaysians who want free and fair elections to rally behind the EC if it comes under attack. 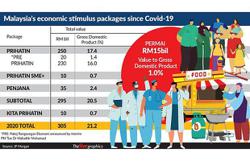