I REFER to the report on the high incidence of baby dumping in Malaysia “Baby Dumping: Three a week” (Sunday Star, Aug 3). This comes as no surprise to those dealing with women’s reproductive health in Malaysia.

This problem, together with related issues like teenage pregnancy, child marriage and the decreasing age of sexual debut among teenagers appear regularly as “shocking news” to elicit a response from politicians and policy makers.

We note that the Women, Family and Community Development Minister Datuk Seri Dr Wan Azizah Wan Ismail and her deputy Hannah Yeoh have responded to this continuing crisis by launching the “Save a Life Campaign” (pic), where the ministry would strengthen its efforts on reproductive health education for teenagers (focusing only on abstinence) as well as providing a hotline for those needing advice on how to continue their pregnancy. Meanwhile, OrphanCare would facilitate adoptions for mothers who wish to give up their child anonymously. However, we doubt if those measures alone can solve the problem.

These efforts are laudable but not significantly different from those proposed year after year when these issues are raised. Such strategies are based on the assumption that most teenagers who do get pregnant would happily continue the pregnancy if given the opportunity to give up the baby for adoption anonymously.

Common sense tells us that with so much stigma attached to unwed mothers, such a decision would usually be a last resort for the girl, whose parents would probably be even more resistant to such a course of action.

Surveys in countries with comprehensive records of women’s reproductive health show that almost half of all pregnancies are unplanned and of these, half are aborted by choice. So, unplanned pregnancies and abortions are a global social phenomenon.

We support comprehensive sex education for teenagers but it must not exclude information on contraceptive and abortion. We cannot ignore the fact that some teenagers will be sexually active regardless of any advice to the contrary. Some would certainly end up with an unplanned pregnancy and most would seek to have an abortion.

In dealing with baby dumping, we have to engage with those who, despite everything, have become pregnant. The authorities have quite rightly concluded that these are mostly unmarried teenagers who were unable to get an abortion.

If, in providing counselling for this group, the only option given to them is to continue the pregnancy regardless of her or her parents’ wishes, such counselling becomes coercion, i.e. “enforced motherhood”, which human rights groups now consider a form of torture.

From surveys done in the United States, we now know that the mortality rate for a woman carrying a full-term pregnancy and delivery is 14 times that of a standard procedure for termination of a pregnancy by trained personnel.

For teenagers, pregnancy risks are even higher. Do we have the right then to force a teenager with an unwanted pregnancy to face such risks? Such coercion is especially wrong given that we have adequate facilities and manpower to provide safe abortions for all who need them.

Although abortion remains a taboo subject in Asian societies, the international medical community has now accepted the fact that providing safe abortions is essential in protecting the health and rights of women if they are to achieve their full potential in life. One only has to refer to the positions taken by the World Health Organisation and FIGO (International Organisation of Obstetricians and Gynaecologists) to confirm this.

A more open policy by Dr Wan Azizah’s ministry to provide safe abortions for teenagers would go a long way to reduce stigma suffered by these vulnerable young women.

Enabling women to achieve their full potential is an objective that all politicians publicly endorse. Access to safe abortion services therefore needs to be mainstreamed and included as part of the women’s healthcare services if we are to make a significant impact on this problem.

Unfortunately, there is still much ignorance on the legal status of abortion in Malaysia despite the clarification given in the Health Ministry’s guideline on termination of pregnancy issued in 2012, quoting the Penal Code which clearly permits it. Section 312 permits abortions to be performed by medical doctors registered under the Medical Act 1971 (Act 50) if by the “continuance of the pregnancy” the mother faces “a greater risk of injury to her mental or physical health than if the pregnancy were terminated”. Girls contemplating dumping their babies at birth must surely come under this category.

We hope that politicians and policy makers will have the courage to walk the talk and address this problem head on despite its political and religious sensitivities. 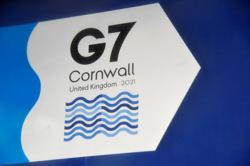