Be the voice of our tigers

WE are losing our Malayan tigers, the symbol of our national pride. The Malayan tiger proudly flanks our jata negara or national emblem. It is a representation of strength and courage, an inspiration to Malaysians from all walks of life.

As the world gears up to celebrate Global Tiger Day on July 29, Malaysia is in the spotlight again after the recent raid announced by the Department of Wildlife and National Parks (Perhilitan) in Pahang last week. Some of the most valuable animal parts seized, including skin, were suspected to be from three Malayan tigers, one of which is believed to be a tiger cub.

NGOs, enforcement authorities, corporate stakeholders and local communities alike are racing to keep our tigers alive. Yet, despite all the collaborative efforts, poaching for the illegal wildlife trade remains the most urgent and critical threat to the Malayan tiger.

The influx of foreign poachers into Malaysia’s forests is indeed alarming. In last week’s raid, six Vietnamese poachers were arrested, all of whom are believed to be part of an illegal network that targets mainly tigers.

The presence of foreigners in our forests reiterates the urgent need for Malaysia to step up wildlife protection efforts on the international level, including trans-boundary collaboration.

Over the past year, there has been significant progress in tiger conservation efforts in Malaysia. For instance, Perak made history last year when it became the first in South-East Asia to register Royal Belum State Park for Conservation Assured Tiger Standards (CATS), which is an accreditation scheme that encourages tiger conservation areas to meet a set of standards and criteria to assure effective and long-term tiger conservation.

During a high-level Dialogue on Enhancing Tiger Conservation Efforts in July 2017, the Perak state government committed to achieving zero poaching by 2020. The state reiterated this commitment at the Royal Belum–WWF Conservation Summit held in November 2017.

While it may seem far-fetched, zero poaching is not impossible. A success story is Nepal, which achieved 365 days of zero poaching for rhinos, elephants and tigers between 2013 and 2014. This was only possible due to effective and continuous collaborative efforts among enforcement agencies like the police and armed forces, and regulatory bodies such as the National Tiger Conservation Committee (chaired by the Prime Minister of Nepal) and the Wildlife Crime Control Bureau. These bodies were established specifically to address poaching and the illegal wildlife trade network holistically from an enforcement perspective.

Nepal has now set a precedence in curbing poaching on a global scale.

WWF-Malaysia has always advocated the need to have more intelligence-based and collaborative efforts among other enforcement agencies to support anti-poaching operations. We commend Perhilitan on the recent bust and for their continuous efforts to collaborate with the army and police in fighting wildlife crime.

However, for Malaysia to achieve zero poaching as Nepal has, it will likely require a much bigger step-up in collaborative efforts especially due to the lack of adequate enforcement staff on the ground to protect our forests.

The illegal wildlife trade is an organised crime that is threatening the existence of many species. It is operated in the same way as the illegal drugs and weapons trade by dangerous international networks linked across the globe.

The scale of the global illegal wildlife trade as a business is massive, with the United Nations Environment Programme (UNEP) valuing it at between US$7bil and US$23bil a year in 2017.

In a report released in March 2017, UN Environment and Interpol also estimated the value of environmental crime at up to US$258bil annually. With a growth rate of five to seven percent each year, environmental crime is outpacing the growth of our global economy by two to three times. After narcotics, human trafficking and weapons, wildlife crime is the fourth most lucrative illegal business in the world.

Yes, we stand to lose our tigers. However, by practising intolerance towards wildlife crimes and working together to support conservation, there is still hope to protect our Malayan tiger for generations to come.

We can still ensure their survival if we act now, instead of standing by the sidelines while their extinction is documented.

Even our Prime Minister, Tun Dr Mahathir Mohamad, was recently quoted saying, “if we do not care and consider animals as something that could become extinct, there will not be any more animals in the world one day.”

It is time for the Malayan tiger to be made a national priority and the collective responsibility of all Malaysians. This Global Tiger Day, be a voice for our tigers. 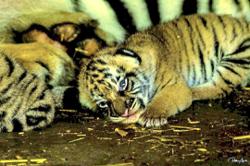 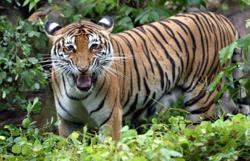