Still no end in sight for maid problem

LAST year, it was announced that Malaysians would be able to hire maids directly from their own country, thus making the process easier and more affordable.

The Immigration director-general was quoted as saying on Oct 30, 2017 that people would have the choice of either going through agents or doing it themselves and that they could go to the source country, find the worker and then register her via the Immigration Department’s online service.

This was also announced by the former prime minister. If the employers opted to go through agents, it was up to them, it was reported.

But one underlying fact makes this next to impossible – Indonesia, the most popular source country for Malaysians seeking domestic helpers, does not allow its citizens to seek employment in households directly. The only way under Indonesian law is for hiring to be done through the business-to-business (B2B) way.

However, the Jakarta-sanctioned Indonesian Manpower Services Association (Apjati), an umbrella body for maid agencies in the country, said it had a solution to the issue that would comply with the B2B arrangement.

Under this official arrangement, Apjati members in Indonesia were legally barred from engaging Malaysian employers directly, but this could be circumvented by having their members in Malaysia provide help, which basically means having to work with agents again.

Believing that agency fees would be more affordable now, I asked a maid agency to give me a quote for securing an Indonesian maid. The cost was an unbelievable RM17,300, which comprised an initial deposit of RM7,500 to proceed with the application and the balance of RM9,800 in cash to be paid upon arrival of the maid. No receipt would be issued and the first two months’ salary of the person hired would be deducted. I was also told that I would be allowed only one replacement, for which I would be charged RM3,000.

It is incumbent upon the new administration to attend to this matter with a sense of urgency as there are many families where one parent has to stop working to look after the children. This greatly affects these households and the economy in general.

An individual who can afford a maid would be earning between RM3,000 and RM5,000 per month, which means 100,000 households would be giving up RM4bil in potential earnings.

The relevant government agencies must develop a system, in collaboration with their counterparts in key countries especially Indonesia, to ensure that agents are not abusing the system at the expense of both the maid and employer.

As a starting point, create a one-stop centre in the Klang valley where experienced maids could be accommodated and interviewed by potential employers and hired on the spot. Employers can take the risk and hire maids from this central database.

Concurrently, introduce a one-week course free of charge for the maids but paid for eventually by employers. Create awareness of this course in source countries. Employers could allow the maid to stay in their house during the course.

As a final resort, work with Apjati or similar organisations in other countries on finding a viable solution to this never-ending problem.

This initiative must be spear-headed by the Human Resources Ministry with the help of a dedicated in-house one-stop immigration centre located at the Labour Department to facilitate visa approvals and renewals. 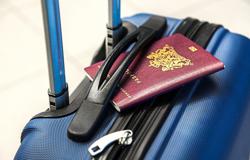