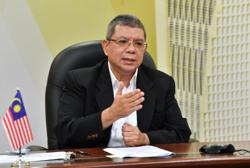 SINCE the Government’s Anti-Fake News Bill 2018 was introduced in Parliament, it has attracted a lot of attention and comments.

We welcome discussion, and after listening to a wide array of voices, the Government has made changes to the Bill, including reducing the maximum sentence for convictions under this law to six years in prison.

However, some of the coverage of the proposed Bill has been intentionally misleading and in some cases completely false. For example, the definition of fake news in the Bill is clear and specific – freedom of speech as provided for under the Federal Constitution will not be curtailed; and the Government will not itself decide what is fake news but instead will allow a neutral party, namely the courts, to decide via an independent legal process. As we have seen, since a former leader stepped down and judicial independence was recovered, court decisions now frequently go against the Government and senior ministers.

Let us not forget that it is this Government under the leadership of Prime Minister Datuk Seri Najib Tun Razak that has introduced the most far-reaching measures since independence to strengthen free speech and democracy. For example, the Internal Security Act was repealed; the State of Emergency that had existed for over 60 years ended; media freedom was increased by scrapping restrictions on newspaper publishing licences; the Universities and University Colleges Act was reformed to allow undergraduates to participate in political activities; and the Peaceful Assembly Act was passed, for the first time enshrining in law the right to peaceful protest.

So it is clear that this Government will act when it is necessary to protect the security and freedoms of the people and our democratic process. And there can be no doubt that this fake news law is necessary. Furthermore, Malaysia is not alone in this. Countries around the world, including our Asean neighbours Singapore and the Philippines, are considering or have introduced similar legislation to combat fake news.

Germany has implemented its own anti-fake news law which provides for fines of up to 50 million euros (RM241mil) on networks that fail to take down illegal content within 24 hours. In France, President Emmanuel Macron has promised to introduce a law to ban fake news on the Internet during elections. He was uncompromising about the need for such legislation.

And Britain’s Prime Minister Theresa May is launching a fake news rapid response unit “to deal quickly with disinformation and reclaim a fact-based public debate.” These are not repressive regimes but European countries that are known for promoting free speech and civil liberties. The trend is clear – countries that wish to promote healthy debate and a democratic process based on the facts are realising that they must act against the scourge of fake news.

This is not just a matter of social media or the Internet – although fake news is known to spread like wildfire on those platforms, and is unfortunately far more readily believed than the truth. Take the example of the last election when the false rumour was spread that 40,000 Bangladeshis were flown into Malaysia to vote. No trace of them has ever been found. And yet many believed that these phantom voters were real and it led to racial tension and distrust of the electoral process. This is a very real danger to our democracy and harmony.

The problem extends to the international media. Sometimes the mistakes they make about Malaysia are just down to ignorance, like the many occasions that international publications have referred to Najib as “Mr Razak” or Datuk Seri Anwar Ibrahim as “Mr Ibrahim”. In both cases, that would mean their fathers, who are both deceased. It is worrying that international publications, which many people in Malaysia take seriously, know so little about our country that they make such elementary mistakes.

But we can say that those instances are essentially harmless. More serious is when international media, including widely used news agencies, get the facts completely wrong. One news agency recently reported that the Government had shut down The Malaysian Insider last year when in fact – as they admitted – it closed down for commercial reasons.

The same agency reported that the Government was backing a parliamentary bill which would “allow harsh sharia punishments, such as amputations for theft and stoning for adultery”. This was completely false, as the agency admitted. They did correct their story but by that time, the false report had gone around the world and was printed in papers and published online across the continents.

No other corrections were published, and libel laws are not framed to deal with this kind of misinformation because no person in particular was being defamed. As a result, there are millions of people globally who will now believe something that was a complete falsehood – because they trusted the news agency to get their facts right.

Sadly, they were wrong to do so. They were being fed “fake news” about Malaysia – and Malaysians should not stand for it.

Another supposedly academic website recently reported that inflation was at “an all-time high” in Malaysia. In fact, it is estimated by a wide range of reputable authorities, nationally and internationally, to be between two and three percent – which is low both historically in Malaysia and by international comparison. That’s more fake news, perpetrated that time by university professors. Do they care that they are smearing a country’s reputation falsely?

More recently, there has been a string of malicious articles about Malaysia in the South China Morning Post (SCMP), and Malaysians need to know that these do indeed constitute fake news and appalling lies.

On March 30, the SCMP published the worst so far of these, “Why are foreign leaders snubbing Najib ahead of Malaysia’s election?” They claimed that: “The usual beeline of VIPs coming to Malaysia has come to a crawl. Unless Najib can showcase a big name VIP in Malaysia, and soon, he will be open to criticism that Malaysia’s international standing has fallen under his watch.”

This is a prime example of fake news – and it is a fact, as I will show. Quite apart from the widely observed practice that foreign leaders do not make official visits to a country just before an election, for fear of being seen to interfere in the country’s internal democratic process, the Malaysian Government has actually declined foreign visits for precisely that reason.

So, has the PM been snubbed? Well, for a start, he was the only Asean leader to be invited to give a keynote address at the Asean-Australia Counter-Terrorism Conference in Sydney last month, and the organisers of some major forthcoming international conferences are currently imploring him to attend.

Furthermore, among the foreign leaders the PM has welcomed in Malaysia in just the last year are the King of Saudi Arabia, President of France, Crown Prince of Japan, King of Bahrain, Prime Minister of Lao PDR, US Secretary of State, State Councillor of the People’s Republic of China Wang Yong, Emir of Qatar, Prince of Wales and the Duchess of Cornwall, President of Indonesia, Prime Minister of Morocco, President of Comoros, and the Governor-General of New Zealand.

The article also contains other errors so serious as to count as fake news. For instance, it says there has “been speculation that Najib’s government engaged the tainted analytics firm Cambridge Analytica, the company ensnared in global controversy for skewing votes in the US election.” There is no need for speculation as the writer, if he bothered with the facts, must know. Both the Government and the parent company of Cambridge Analytica, SCL Group, have confirmed that the company has never been contracted to or paid by Barisan Nasional or the Government. In fact, the head of Cambridge Analytica/SCL Group in Malaysia has publicly confirmed that the only person their advice was provided to was Datuk Seri Mukhriz Mahathir, deputy president of the opposition PPBM and son of opposition leader Tun Dr Mahathir Mohamad. So this is more fake news.

The SCMP used to be a widely respected regional newspaper, and some Malaysians reading its reports may naively think they can trust them. Unfortunately, that is no longer the case.

Like a sad number of international publications and media, facts and journalistic process and ethics to them are no long “sacred”. Slipshod journalism and smear tactics have infected their articles.

The only people who need to be afraid of our Anti-Fake News Bill 2018 are those who broadcast or pass on fake news – or lies – to you and me. If we are criticised for being on the side of truth, so be it. That is criticism we can take with a good heart. And we will not stop calling out the people who would confuse the facts – of which we are certain – with the spin and deceit of people who would subvert democracy for their own selfish ends.

The true story of Malaysia is that since Najib took office in 2009, Malaysia’s Gross National Income has increased by more than 50%, nearly 2.7 million jobs have been created, unemployment and inflation have been kept low, and absolute poverty is almost eliminated. The Malaysian economy grew so fast last year that the World Bank had to increase its estimates three times over 2017, and even then the actual figure, at 5.9 percent, exceeded their final prediction.

The Government’s plan for the economic wellbeing and security of Malaysia and its people is delivering. As the International Monetary Fund reported in early March 2018: “The country is well on its way to achieving high-income status.”

These are the facts, and it is them and them alone that should inform debate in this country and abroad. To be properly informed is the very least that the Malaysian people deserve. The Opposition and some of the media outlets that support them seem to disagree. They may prefer spin, smears and outright lies – but the Government will continue to fight for the truth. 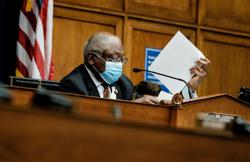