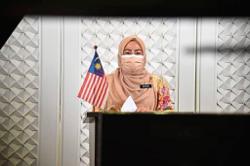 WE refer to the report “Keep PTPTN sustainable” (The Star, April 15), which gave the impression that the sustainability of the National Higher Education Fund Corporation (PTPTN) relies entirely on the rate of repayment of the loans disbursed.

It is undeniable that PTPTN has been the biggest contributor of funds that allowed more students, especially those from poor families, to pursue higher education. Since its establishment in 1997, PTPTN has financed more than 60% of students pursuing their studies in public and private higher education institutions.

PTPTN is a mortgage type loan where students are required to repay their loans six months after the completion of their studies in fixed instalments over a certain period of years. Over the years, there have been several changes in the interest or service charge. Before June 2008, the interest charge was based on a balance reduction method. In June 2008, PTPTN introduced ujrah, a flat-rate service charge of one percent annually based on syariah principles.

Just like many other student loan schemes around the world, PTPTN suffered from high default payments and low repayment rate. To address these problems, PTPTN has resorted to various ways including the introduction of multiple methods of repayment such as online payment, direct debit, salary deduction, and withdrawal from the Employees Providence Fund (EPF). PTPTN also urged borrowers to talk to them if they have problems settling their loans (pic) while stubborn defaulters were blacklisted under the Central Credit Reference Information System (CCRIS) and barred from leaving the country.

In theory, financing of students for higher education can be controversial and challenging. On one hand, higher education contributes to economic growth and development of a better society. It is regarded as a public good and should thus be provided free of charge.

The situation is further complicated by the fact that commercial banks, which also provide mortgage-type loans at an efficient and sustainable rate, will not be keen to provide such loans to students without collateral. Investment in higher education can be risky as returns are uncertain and students who take loans cannot use themselves as collateral to work away as slaves for repayment.

Relying on commercial banks as a source of finance for students would therefore create an inequitable situation where students who are poor and do not have collateral will be denied the opportunity to pursue higher education.

Thus, the State has to act as guarantor for these students and PTPTN was established for the purpose of equity. However, while PTPTN charges one percent ujrah to students, PTPTN has to borrow the money from commercial banks between the rates of 3.5 and 7%. Hence, even if every borrower fully repays their loan, the sustainability of PTPTN would remain a challenge.

Instead of using harsh mechanisms to boost repayment, such as listing in CCRIS or not allowing borrowers to leave the country, which has the potential to create further hardship for the borrowers, the repayment of income contingent loan will be adjusted according to the income levels.

For instance, a borrower will only have to start repaying when his or her income has reached the benchmark, and the repayment will increase or decrease according to the income bracket until the amount borrowed is fully repaid.

More importantly, for income contingent loan to be sustainable and efficient, the repayment mechanism will have to be incorporated into the systems of taxation and EPF to ensure that a systematic mode of loan collection is developed.

The way to make PTPTN sustainable while maintaining its important role in addressing equity is to turn the loan scheme from mortgage-type loan to income contingent loan.