Budget 2020: More for healthcare with some missed opportunities

We elect several politicians to act as decision-makers for how to allocate our tax ringgit, because it’s logistically impossible for 32 million Malaysians to agree all at once.

Did our leaders meet the expectations of the rakyat with Budget 2020? Was it the best possible use of our limited tax ringgit to meet our infinite needs, hopes, wishes and ambitions? Was it a responsible, realistic and progressive Budget?

This week, we’ll look at three macro-economic figures in Budget 2020, and then focus on the health-related allocations.

We can draw a few conclusions from these three figures.

The Malaysian Government appears to have decided to spend less and to reduce its presence in the domestic economy, especially considering possible global economic headwinds and trade wars.

Therefore, there is a risk that government spending on social welfare (health, education, housing and so on) could be reduced at a time when we truly need it.

Despite this, Budget 2020 generally looks like a responsible and realistic budget, without many unnecessarily populist measures and not much new debt.

Despite total government spending decreasing by 5.4%, the allocations to the Health Ministry (MOH) have increased 6.7%, from RM28.7 billion to RM30.6 billion.

It now forms 10.2% of total government spending, the highest ever share and an amount proposed in a previous column.

The RM30.6 billion amounts to approximately 2% of GDP, but this falls short of Pakatan Harapan’s manifesto promise of 4% of GDP.

However, this is perfectly fine. A dramatic increase to 4% of GDP will see the MOH managing RM60 billion almost overnight, which might overwhelm the “absorptive capacity” of its unreformed structure.

The overall allocation is very welcome, as are the specific allocations. I’ll share some thoughts about the missed opportunities in each of them:

• The RM1.6 billion allocation for infrastructure development and maintenance is long overdue, and there could be more transparent procurement criteria and more stringent performance indicators.

As a part of this allocation, there will be RM319 million to upgrade Klinik Kesihatan (health clinics), dental clinics and living quarters, all of which will draw attention away from expensive hospitals.

• The RM500 million for pooled procurement of medicines for the Ministries of Health, Education and Defense is also long overdue and smart, but must also consider the decision on Pharmaniaga, the use of health technology assessments, and a clear policy on generics.

• The RM60 million allocation for pneumococcal vaccinations for all children will strike a blow against the anti-vaccine and anti-science movements, and should consider predictable funding in future years, as well as expansion to other vaccine-preventable diseases not currently in the National Immunisation Programme.

• The expansion of MySalam by age (from 55 to 65), by disease (from 36 critical illnesses to 45), and by income (to cover up to an annual income of RM100,000) will improve coverage and outcomes, but outstanding questions remain surrounding the unequal and opaque contract with insurance company Great Eastern Malaysia.

• The lowering of age in Peka B40 from age 55 to 40 will increase the number of citizens being screened and will strengthen primary care over time.

However, more efforts must be taken to improve the poor uptake by citizens and poor support by private general practitioners.

Peka B40 can be a test case for future public-private partnerships and enhanced primary care, so we must invest in its success.

• The Employees Provident Fund (EPF) now allows withdrawals for fertility treatment and maternity leave is increased from 60 to 90 days.

This recognises the large-scale social shifts where Malaysians are marrying less and later, and have fewer babies, as well as later in life.

We must additionally provide women with the assurance that they will receive full pay during this maternity leave, can return to their original positions, and will not be discriminated against for future promotions and salary increases, and to increase the paternity leave for men.

The other obvious absences are specific allocations for mental health, prevention of non-communicable diseases, and old age care.

There are also no visibly large allocations to the public health and primary care functions inside the MOH, or any allocations to encourage inter-ministry collaboration in our health system.

They could be buried in the nitty-gritty and not immediately obvious to the general public, so we should give the Finance Ministry (MOF) some benefit of doubt.

Missing from the Budget

Future Budget exercises must consciously allocate money for the long term, for example allocations for multi-year reform, a sustainable financing mechanism, stimulating the uptake of health insurance, and investing in preventive care.

The second big picture miss is more structural, in that MOF must share more decision privileges with MOH.

Many of the allocations announced by the Finance Minister are highly technical, and some appear to have surprised the Health Minister during the Parliament sitting (albeit pleasantly).

While inter-ministry consulting is always beneficial, MOF can consider sharing more decision privileges with MOH as they are the technical experts.

Finally, our future Budgets must consider larger questions about the social contract that Malaysians want.

Even an annual exercise places too much time pressure on Malaysians to reflect on the society we want to build, which in turn requires us to decide on where to spend our tax ringgit.

Formulas can help, and so will the fiscal discipline rules that the Pakatan Harapan government has promised, but it also requires a national discourse involving every citizen.

Dr Khor Swee Kheng has postgraduate degrees in internal medicine and public health, and has worked in five health sectors across three continents. He is currently reading Public Policy at the University of Oxford. The views expressed here are entirely the writer’s own. 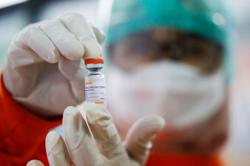