Merdeka: Where is Malaysia at 62?

ON National Day 2019, my mother sang Negaraku twice. The first time was at the Abdullah Hukum LRT station at the stroke of noon and the second was before a concert in KLPAC in Sentul, both in Kuala Lumpur.

She’s just one year older than Malaysia and has played her part in Malaysia’s nation-building by serving 40 years as a rank-and-file civil servant.

(My father passed away in 2006, after spending 30 years in the Veterinary Service in Taiping and Kuala Kangsar, both in Perak).

In many ways, my mother epitomises Malaysia’s diversity.

From a Chinese-medium community-funded primary school in the sleepy town of Batu Kurau,

Perak, she went to a Malay- and English-medium government-funded technical secondary school in Alor Setar, Kedah, to finish her Malaysian Certificate of Education.

She worked in Perak for 40 years in the administration units of Hospital Parit Buntar and Hospital Taiping, Kamunting Detention Centre, the Ipoh Road Transport Safety Department, the Taiping Royal Malaysian Police and the Tanjung Malim National Institute of Land and Survey.

She speaks multiple languages fluently, has lifelong friends from all races and eats every cuisine imaginable.

It was both poignant and fun to be my mother’s colleague while I was practising at Hospital Taiping, but that’s a story for another day.

In other ways, she’s the epitome of how Malaysia has progressed. Malaysia is 62 years old in 2019, which make us middle-aged in human terms.

One calculation shows that the average democracy worldwide is 46.

Where are we then at 62 and older than the average democracy? What is our report card so far, and what are the Vital Signs of our Merdeka? Have we done our best?

The modern concept of a democratic and self-governing nation-state is very recent, with many countries being independent only since 1945. For most of humanity’s existence, we’ve been organised in city-states, sultanates, kingdoms and empires where we couldn’t choose our rulers.

That’s actually only a scant seven decades of self-governance, compared to thousands of years of unelected empire.

Merdeka and self-governance are self-evidently important, in philosophical, humanistic, ethical and legal terms. They are unalienable human rights that provide dignity to each human being and citizen.

Here are some more self-evident truths:

One, all countries become independent at different stages of its development, with different population sizes, ages, education, income levels, and physical and intangible infrastructure.

Three, a heady sense of power and “short-termism” may tempt us to forget the hard and difficult work of patient nation-building; independence must be continually earned and deserved, instead of being considered a one-off gift at birth.

These are already difficult questions to answer during Hari Merdeka, but I offer some different ones in our 62nd year:

Have we made good choices as a nation? Have we confronted difficult times together and overcame them in solidarity? Have we marshalled the fullest range of all our talents, energy and ambition towards national progress and the building of the Malaysian dream?

Have we fought poverty, ignorance, intolerance and cruelty wherever we have found it, and promoted the Rukun Negara, justice and human rights from Arau, Perlis, to Tawau, Sabah?

In health terms, have we taken care of the sick, the poor and the unfortunate, as demanded by our respective religions, belief systems and just basic human decency?

If our health system is the basic safety net for the most noble of reasons – preventing suffering and disease, enhancing health and happiness, and promoting the dignity of all human beings – where are we in the 62nd year of our national consciousness?

We can be the world’s role model. Here are three seemingly unrelated facts:

One, Malaysia was born in peace, rather than through the wars of independence that usually characterise the birth of nations (e.g. Algeria or the United States).

Two, Malaysia was born multi-racial, rather than becoming multi-racial (e.g. Fiji, France, or indeed, every country).

Three, Malaysia punches above her weight and carries tremendous soft power in South-East Asia, the emerging world and the Islamic world.

When considering these three facts as an entirety, then we have a duty to show the world a country united in diversity, to demonstrate the courage and solidarity of our (new) social contract, and prove that we can be an advanced society on par with the grander civilisations.

Can you imagine a future where Malaysia is held up as a peer to the Mughals, the Ottomans or the Mayans? That there is some form of a Pax Malaysiana similar to Pax Romana, Britannica or Americana? That Kuala Lumpur is considered a Baghdad, Beijing or Brussels in their prime?

We don’t have to conquer territory or be the world’s largest economy or the richest nation on earth. We just have to be the world’s moral compass of how a multi-racial country can be:

Peaceful, fair and just, existing in solidarity and harmony, and capable of making courageous and difficult choices together.

In my career so far, I’ve had senior roles in four of the world’s seven continents, covering over 90 countries professionally.

I want my children and grandchildren to walk even taller in their even more globalised world, carrying with them the confidence, stature and social capital that comes with being Malaysian.

I want Malaysians to bestride the world as a colossus, that whenever we utter the words “Saya rakyat Malaysia”, it is the proudest statement in the world, granting us safety, respect, honour and dignity.

Our role now is to build, not to tear each other down. To construct a nation, not destroy our perceived enemies. To love and be kind, and not to sow hatred and intolerance.

This is our country, Negaraku, so let’s get back to the nation-building work once more. All of us have our part to play, but we must perform those parts with maturity, statesmanship, courage and goodwill.

Malaysiaku, Negaraku. I got to sing Negaraku with my mother during her second rendition. A hundred total strangers before a concert, united only in the shared words of a song and the shared love for a country.

We sang the anthem during the most auspicious of days – goosebumps and tears, chests tight with emotions, pride bursting out of every fibre.

This is the country we love, so let’s get back to the nation-building. Our parents and grandparents have done their bit, and now it’s our turn.

Let’s do it the right way and the beautiful way, with maturity, statesmanship, courage and goodwill.

Dr Khor Swee Kheng has postgraduate degrees in internal medicine and public health, and has worked in five health sectors across three continents. He is currently specialising in health systems and policy in a public university and a local think tank. 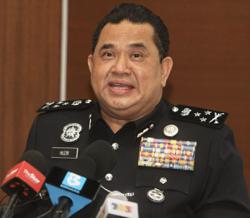