IT is 10pm and you know exactly where your children are. They are at home with you, and the last time you looked, they were on their computers engrossed in some game or another.

But does that mean they are fine?

As highlighted by The Star’s front-page story yesterday, that may not be so.

Governments, mental health practitioners, schools, NGOs and parents in many parts of the world – particularly in Asia – are worried about how many young people are hooked on video games and the Internet.

And when the two technologies merge to yield online gaming, we have a greater risk of passion turning into obsession.

Therefore, we should not be surprised by cases of gamers behaving badly when prevented from playing.

On Saturday, for example, two men fought at a cybercafe in Taman Bukit Serdang, Selangor, after one of them had refused to let the other use a computer.

The violence continued at a nearby restaurant, with others joining in, leading to both men being slashed with a parang. The police have since remanded two of the brawlers until tomorrow.

It is possible that this incident was more about uncontrollable egos and temper than it was about an uncontrollable urge to play computer games, but it does tell us that we ought to take a closer look at how our kids are affected by online gaming.

We need to acknowledge that there is a problem here that needs to be addressed systematically and holistically.

South Korea, which has extensive Internet connectivity, has long recognised that.

Its National Information Society Agency has been conducting an annual survey on Internet addiction since 2004 and runs programmes that provide preventive education, counselling and expert training.

Singapore’s National Addictions Management Service provides outpatient treatment for gaming/internet addiction, describing it as “the extreme use of computer and video games that interferes with daily life”.

Gaming addiction in China had attracted so much attention that the authorities have set up military-style rehabilitation centres for young people.

And if some of us believe that our kids are merely going through a “phase” when they spend hours playing online games, it is useful to note that the American Psychiatric Association has identified Internet Gaming Disorder as a condition that requires further research.

“This reflects the scientific literature showing that persistent and recurrent use of Internet games, and a preoccupation with them, can result in clinically significant impairment or distress,” says the association.

Essentially, the association is saying there should be more clinical research and experience before it is ready to classify Internet Gaming Disorder as a formal mental disorder.

As it is, many Malaysian parents can share stories about how their children are so into playing online games that they miss meals, lack sleep, skip schoolwork, lie and steal, and ignore friends and family.

Such a troubling pattern does not have to be officially recognised as an illness to be treated as a problem.

It is time that the Government, schools, parents and the community work together to figure out how we can ensure that a hobby does not become a dangerous addiction. 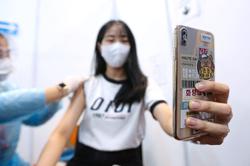