Time to listen to young people 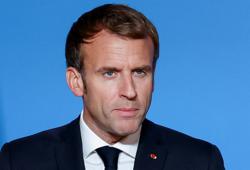 AT 61, Datuk Seri Ismail Sabri Yaakob is the one of the oldest Malaysian prime ministers appointed to office.

Of course Tun Dr Mahathir Mohamad is the current holder of the oldest Prime Minister but that was his second tour of the country’s leadership in 2018 when he was 93. He first became prime minister in 1981 at the age of 56.

Tun Abdullah Ahmad Badawi was 64 years old when he took office in 2003 while Tan Sri Muhyiddin Yassin became prime minister at 73 years old. He too had the shortest stint at the helm for 17 months.

Tun Abdul Razak Hussein was still the youngest when he became prime minister at the age of 48 in 1970.

But if one is to look at other parts of the world, a new political demographics is emerging worldwide. The young are becoming more assertive. They want leaders who are at least their fathers’ or mothers’ age, or that of their brothers’ and sisters’, rather than their grandparents’.

There are a new crop of leaders taking charge who are in their mid-30s and early 40s. Sebastian Kurz, the newly-elected Chancellor of Austria was 35 years and 21 days when he was sworn to office.

The Prime Minister of Finland, Sanna Marin was two months short of 36 years when she was elected.

Mahamat Deby of Chad, Assimi Goita of Mali, and Irakli Garibashvili of Georgia were all in their late 30s when elected.

Of course the Supreme Leader of North Korea, Kim Jong-un, is now 38.

Jacinda Arden was 37 when she took office in 2017. The New Zealand leader is hailed as one of the most successful young leaders in the world today.

One of her major tests as leader was when a lone gunman shot worshippers at Al Noor Mosque and later Linwood Islamic Centre at Christchurch.

She showed the world what a leader should be in time of crisis. She comforted the Muslim community and at the same time assuring her people that bigotry and hatred have no place in New Zealand. She displayed a temperamental superiority in such a time. She is in a class of her own.

Last year the United States elected Joe Biden over Donald Trump as its 46th President. Biden is already 77, the oldest president to be elected.

He is already showing signs of mental decline. The dreaded word “dementia” has been thrown around of late considering Biden’s failure to remember names, his inability to fully grasp questions asked and his tendency to be incoherent at times.

Age matters. Wisdom comes with age. No quarrel there. But in a brutal world of politics, age can be a double-edged sword. Many politicians believed that age is a mere number. As long as they are “wanted” they will continue “to serve”. Not many politicians gracefully call in the curtain, more often than not they will fight to their last breath.

Even Ismail Sabri has no choice but to include the old guards in his Cabinet, some of the new ones he appointed sadly did not perform in the previous administrations. Old politics is here to stay.

In the Malaysian context where “warlordism” rules, those at the division level believe it is their birthright to lead, in most cases till death decides. Politics is based on patronage, support machinery and lots of freebies. So, a leader can be despised nationally for their ethics but at the division level they are almost demi-gods. No one can unseat them.

Where do we go from here? The lowering of the voting age from 21 to 18 along with automatic voters registration will be implemented by end of this year. The young will have a voice of their own. There are those who argued that the lowering of voting age is detrimental to the country.

I beg to differ. At that age one can join the army, drive a car, get employment, entrusted with various responsibilities or charged in court as adults. Maturity does not come with age alone. Some politicians show they have never matured despite their age.

There will be at 7.8 million more voters on the electoral roll when Undi18 is implemented. Yes, they are scattered and their impact may not be felt as a collective voice. But bear in mind, the next general election will be a different one altogether. Elections from then on will never be the same again.

The young is a force to be reckoned with. Politicians and political parties must now listen to the new, unpredictable, exciting, assertive demographics.

Ignore them at your peril.

Johan Jaaffar is a journalist, editor and for some years chairman of a media company, and is passionate about all things literature and the arts. And a diehard rugby fan. The views expressed here are entirely his own 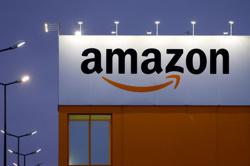 Not a singular problem
Make farming attractive to youths
We’re not perfect, we’re beautiful
Three-way or two-way in Melaka?
Name and shame
Holding elections during a pandemic
Disturbing the peace
Asean in the spotlight again
Fake news legislation criminalises activists
The post-2020 search for stability