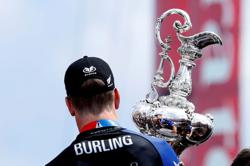 INFLAMMATORY rhetoric polarises. It draws blood too. We have seen that countless times in the history of humankind.

We encountered that 52 years ago. And we have experienced heightened tensions and even minor skirmishes among the races over the years.

Did we learn anything from the experience? Perhaps very little.

Our race-based political system is not helping. Religiosity is raring its ugly head.

Politics and religion is a lethal concoction if used unsparingly for the benefit of political parties and self-serving politicians.

What happened at Capitol building in Washington, DC, is shocking. The breach and lawlessness at the epicentre of American democracy is unprecedented.

Democracy, the epitome of American-ness and supposedly the proudest export of the mightiest nation in the world, is under attack.

The United States went to war, occupied sovereign states and attacked other nations all in the name of democracy.

But on Jan 6, the world watched in horror as the mob of President Donald Trump’s supporters stormed the Capitol.

The lawmakers were themselves trapped, hustled to safety to wait until the building was cleared. The constitutional processes were halted and the seats of democracy were tarnished.

The scene of rampaging crowd is more surreal than any Hollywood movie.

They claimed to save America by ensuring the sitting president stays on. They believed the entire process of presidential election last November was in question.

Trump did not concede; in fact, he instigated the conspiracy theory that he was robbed of his win, without a shred of evidence to prove that.

President Franklin D. Roosevelt in his speech the day after the Japanese attack on Pearl Harbour called it “a date which live in infamy”.

The sitting president was said to have wilfully made statements “to encourage and foreseeably resulted in lawless action” at the Capitol.

He “gravely endangered the security of the United States and its institution of government, threatened the democratic system, interfered with the peaceful transition of power, and imperiled a coequal branch of government”.

The insurrection is politically motivated, no doubt about that. The deaths and carnage are shocking.

“Is this America?” People are asking in disbelief in the United States and elsewhere.

There has never been any breach in the history of the Capitol, not even during the Civil War.

America is more polarised racially and politically now than ever before. It got worse under Trump. What happened is a culmination of four years of Trump’s own dosage of inflammatory rhetoric. He is probably the most incompetent president ever to be at the White House.

His records are dismal on almost all fronts.

His immigration policy is against every trait of human decency. His “Muslim ban” proves how jaundiced his views are about Islam and the believers of the Faith.

His position on environment is as much unpredictable as it is dangerous.

But it is his combative approach that will define him as president. He is the only president on Earth who literally governs by tweets.

Since his first tweet at 4.31am on Jan 20,2017, on his Inauguration Day, he has been tweeting his anger, frustration, and even policy issues.

He wakes up to Twitter and goes to sleep with it.

An analysis by the New York Times (NYT) from April 2017 to October 2019, based on 11,000 tweets he sent out, a majority of them were attacking his opponents while 2,026 were tweets praising himself.

His 88 million Twitter followers are treated like his mini polling service, yet, surprisingly according to NYT, hardly a fifth of them are voting-age Americans.

His tweets upset almost everyone. He spared no one.

At the same time, the hatred towards Trump too has reached a new level for any president.

The so-labelled liberal press was lambasting him in their news and commentaries.

But he has his ferocious supporters too, in the form of the ultra-conservative Fox News and many right wing news outlets.

Trump is leaving office. The proceedings to impeach him are in progress, the only president who is impeached twice. Trumpism will survive. Trumpters are here to stay.

After all, Trump is part of the Republican Party’s psyche.

Whatever the outcome of the proceedings will certainly enrage his supporters and further divide America.

It is time to move on to president-elect Joe Biden. And time to pick up the pieces.

And for us, to learn a lesson or two from the saddest episode in America’s presidency.