1997: The year of living dangerously 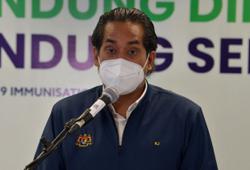 It was a time when the economy and politics intertwined, and this should not happen again.

TWENTY years ago, there were dark clouds hovering in our sky.

By the time Tun Dr Mahathir Mohamad and his entourage left on a diplomatic and trade mission to Latin American countries on Sept 24, 1997, aboard chartered Malay­sia Airlines flight MH4802 from Su­bang International Airport, Ma­­lay­­sia was already hit by the economic crisis.

Four months earlier, in May, the Thai currency had come under attack. By July, the situation in Thailand was becoming unsustainable.

The Thai government was al­­ready pleading for the International Monetary Fund to intervene. By July, what was to be the Asian Economic Crisis reached our shores. Bank Negara Malaysia was already defending the ringgit spiritedly, but mostly in vain.

There was a stopover in Madrid for a few hours before we took another long flight to Havana, Cuba, then to Chile, Uruguay and Argen­tina.

We were back in Kuala Lumpur on the evening of Oct 6.

On a chartered flight like that, politicians, businessmen, government officials and members of the media mingled freely, getting to know each other better. The atmosphere was one that was relaxed and cordial.

Everyone knew everyone. There was a lot of laughter and the mood was exuberant.

When we departed, the country was engulfed in the worst haze ever. The reading was more than 800 on the API Index, the marker for the level of toxicity in the air.

In some places in Malaysia, the reading was more than 1,000. The smell of acrid smoke from forest fires in Sumatra and Kalimantan was suffocating.

We joked among ourselves that the API index was higher than the Kuala Lumpur Stock Exchange’s (KLSE before it became Bursa Malaysia) Composite Index, which was hovering at 600 at the time. A year later, on Sept 1, it plummeted to 260.70.

After Thailand, it was Indonesia’s turn. Indonesia was already boiling with people’s anger over the high cost of living.

Indonesia saw one of the worst riots in its history. The social fabric of its society was torn apart.

On May 21 the next year, he resigned.

Malaysia was already wobbling as the result of the attack on the ringgit. Four days before we left, Dr Mahathir came out with a scathing attack on unscrupulous hedge fund managers and currency traders. Currency trading was immoral, he opined.

Earlier, on July 26, he called George Soros a “moron”. I wasn’t sure what was on his mind when he was on that trip.

No one had the solution to the economic problem. But he came back from the trip wiser and with a solution to be tried out.

What happened in those difficult years has been chronicled by many, including Dr Mahathir in his me­­moirs, A Doctor in the House. Unlike its neighbours, Malaysia did not suffer as badly.

Thanks to the contrarian ap­­proach of addressing the issue, we survived relatively intact, so to speak. Malaysia did it its own way. Many years down the road, the “Malaysian Solution” would be scrutinised and studied.

But the economic turmoil came with a heavy political price. The fallout between the prime minister and his hugely popular deputy was the stuff of legends.

Malaysia has never witnessed such a political upheaval as when Datuk Seri Anwar Ibrahim was fired on Sept 2, 1998. It star­ted the local reformasi movement.

It divided the nation as never before. It was also a year of living dangerously for newspaper editors.

I was editing Utusan Malaysia which at the time, during the pre-social media era, was probably the most influential newspaper in the land. I was famously fired three months before Anwar got the axe. I was guilty by association.

There are lessons to be learned from the economic crisis that started in 1997. And the political uncertainties that ensued.

In Malaysia, the economy and politics were intertwined. For those who were there in 1997 and 1998 – many, like me, were in the eye of the storm – we say, enough is enough! We cannot afford more of such turmoil.

There is a toxic political climate of late.

This time it is triggered not by contagion from abroad, but is largely home-grown. The major players, interestingly, are the same ones involved 20 years ago, plus, of course, new, significant characters.

There are no permanent friends or enemies in politics, they say. Bitters rivals are allies now. Friends are now bitter enemies.

Johan Jaaffar was a journalist, editor and for some years chairman of a media company, and is passionate about all things literature and the arts. The views expressed here are entirely his own. His memoirs of the period, ‘1998: An Editor’s Story’, will be published next year. 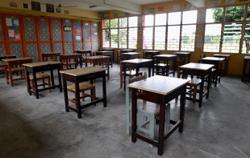